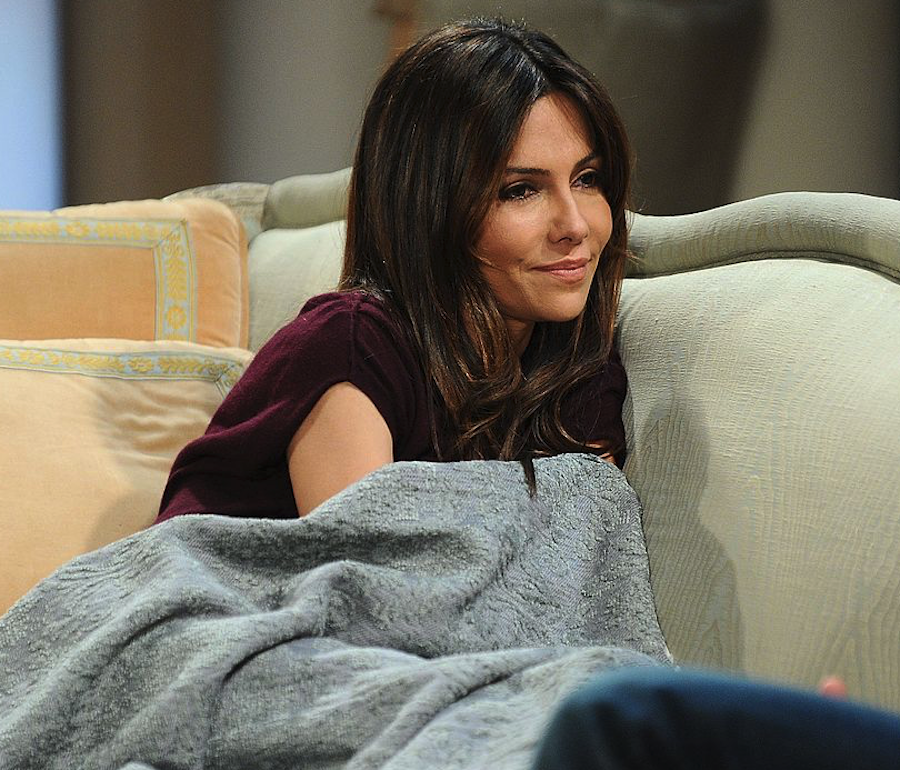 Someone hold the phone! General Hospital spoilers suggest that there’s a possibility that Vanessa Marcil might return to the hit ABC soap to reprise her role as Brenda Barrett. And if she does, you better believe that sparks are going to fly in Port Charles – and by that we mean the good kind and the bad kind! Here’s what you need to know.

According to the latest General Hospital spoilers, if Brenda comes back that would surely shake things up between Sonny Corinthos (Maurice Benard) and his lover Nina Reeves (Cynthia Waitros) and his estranged wife, Carly Coritnhos (Laura Wright). Bringing back Brenda might make Sonny realize that she was his one and true love. That, and there’s a chance that it might end all of the nonsense between Sonny, Nina, and Carly. At least, that’s what viewers are hoping for!

Needless to say, a lot of General Hospital fans sure had a lot to say about all of this speculation. Many of them took to social media to write, “That would be the best news ever.  Brenda and Sonny were the best Pairing ever.  Brenda and Sonny were THE soap opera couple.  If they could convince Vanessa to return, their ratings would double,” along with, “Vanessa left the role and I don’t think she wants to come back.  I’m not for a pop-in Brenda, find a great recast before you reunite these two.  And please I am begging once again, DO NOT PAIR CARLY WITH DREW.  If you must pair Carly with Drew then RECAST the role of Drew because Cameron just doesn’t have the chops for the role.”

Another critic wrote, “This would be a great way for Maurice to leave GH and retire.  He could leave town with Brenda. I’d be happy with Sonny and Brenda.  Shake it up!”

Of course, Vanessa herself has not made any comments about a possible return, but that hasn’t stopped fans from their wishful thinking, right? With that said, General Hospital fans will have to tune in to find out what happens next! Let us know what you think in your comments section below. Also, don’t forget that General Hospital airs weekdays on the ABC network. Check your local listings for times.

The Young and the Restless Spoilers: Joshua Morrow Opens Up About The Nick Newman That very Few People Know

Elizabeth Rose Oct 30, 2021
The Young and The Restless

British Royal News: The Monarchy Is Giving Prince Harry A…

Bernice Emanuel Sep 16, 2022
The Young and The Restless

The Young and the Restless Spoilers: Ashland Holds Michael…