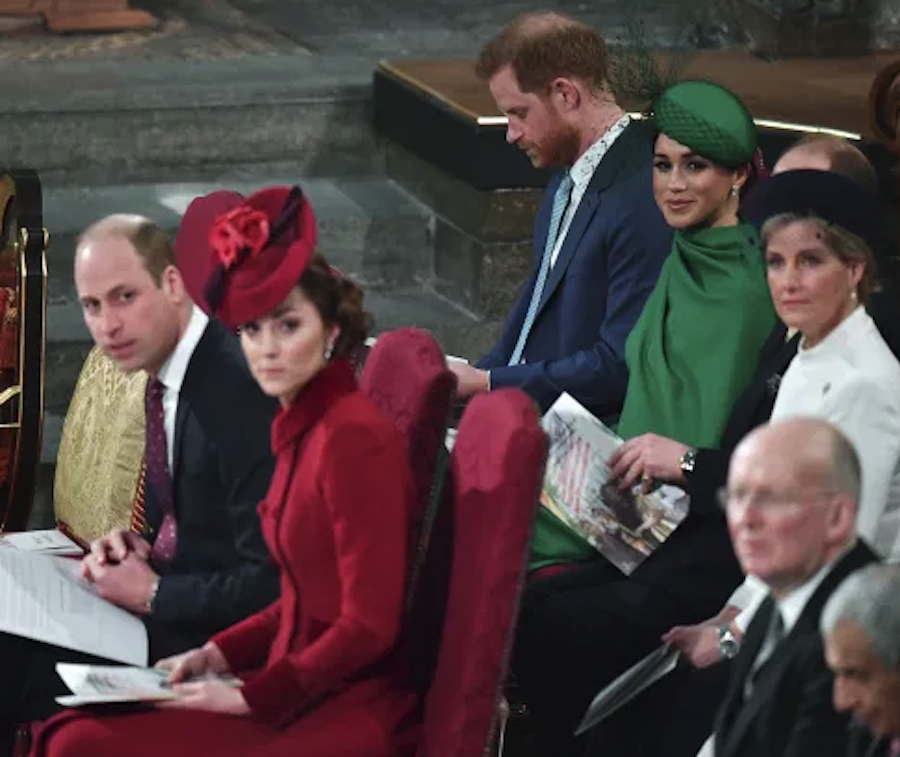 British Royal News says that while there’s no doubt that the fault probably lies somewhere in the middle, some are suggesting that Prince Harry should make the first move and apologize to his older brother Prince William for all the pain that their rift has caused for their grandmother Queen Elizabeth. Here’s what you need to know.

A staff editorial for the Daily Mail Comment suggests that it’s the Duke of Sussex who needs to call William or at least send a text on What’s App and apologize to his brother for everything that has gone down in the past few years. As many fans know by now, Harry was absolutely livid at William when he suggested that he was going too fast in his relationship with Meghan Markle back in 2016. If that weren’t enough, both Harry and Meghan told Oprah Winfrey and the world that they were basically bullied out of the palace which is why they packed their bags and moved to California. Plus, Meghan added that it was Kate Middleton who had made her cry a few days before her 2018 royal wedding, and not the other way around as the tabloids seemed to suggest.

The staff editorial puts it this way, “If we feel sorrow now at their alienation, imagine how their grandmother must feel. How she must long for them to find a way of repairing the old bonds. That would probably necessitate Harry making the first move, an apology perhaps for all the heartache and offense he and Meghan have caused – especially to Kate.”

Of course, it didn’t take long at all for both royal fans and critics to weigh in on the matter. Many of them wrote, “They owe an apology, especially to kate?? WTH is wrong with them. The whole salty island owe them an apology. especially to little Archie. I am pretty sure that it’s the other way around. They owe Harry and Megan an apology!” along with, “LMAO they know Harry is never going to apologize to William or Kate. But if we take what the RRS say and flip it around and assume the opposite is true – like when we heard that Meghan made Kate cry, it was really Kate who made Meghan cry – this makes more sense. William and Kate have to apologize to Harry – especially Kate – for all the offense and heartache they caused.”

Another critic wrote, “The Fail owe Harry and Meghan big apologies for trying to ruin their lives based upon malice from the Palace and weaponizing. The Fail claiming moral superiority and advocating that victims of bullying apologize to bullies makes me nauseous!”

Bernice Emanuel May 30, 2022
The Bold and The Beautiful

The Bold and the Beautiful Spoilers: Hope Logan’s Meltdown…