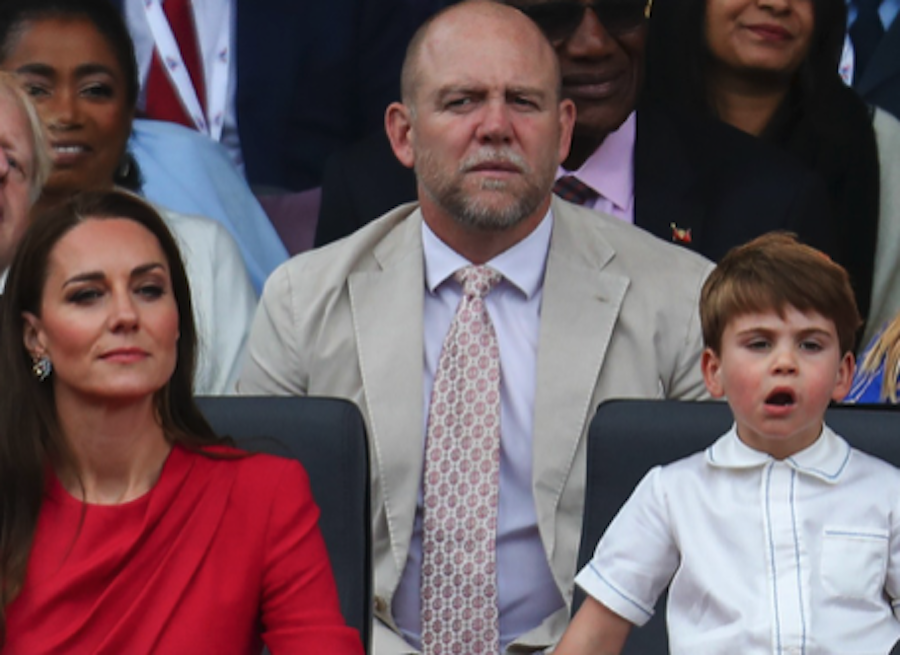 Naughty or not, there’s no denying that he provided some good royal entertainment. A lot of people still can’t stop talking about Prince Louis and all of the meme-worthy faces that he made while he was sitting next to his mother Kate Middleton at the Platinum Jubilee parade in London this past week. At one point, Prince Louis appeared to put his hand over his mother’s mouth in an attempt to sush her while also teasing her, mocking her, and probably causing the royal family utter embarrassment with his behavior. Well, according to Zara Tindall’s husband Mike Tindall, Prince Louis acted the way that he did because he was most likely on a sugar high. Here’s what you need to know.

While on The Good, The Bad, and The Rugby podcast, Mike said that while the Platinum Jubilee festivities were “lovely,” he can understand why everyone is still talking about Prince Louis and all of the animated faces he made on the balcony during Trooping of the Colours and during the jubilee parade, too. A lot of people would agree that Prince Louis wanted to be anywhere other than at the pageant and it showed. But unfortunately for his mother Kate Middleton, she was stuck between a rock and a hard place as she couldn’t keep Louis from making all the different faces in front of the cameras.

He said, “It’s tough for them. They’re all young. It’s a long time. But as any parents know, you just do whatever needs to be done.”

He added, “Louis, he was just wanting to have fun. And my two [daughters, Mia and Lena] are always mischievous, so it’s trying to keep a lid on. There were a lot of sweets out back though, so there was a real sugar high.”

One sour close to the situation even said, “Louis is “a cheeky monkey — a typical third child. It’s nice that the world got to see him enjoying himself.”

So far Louis’ parents Prince William and Kate Middleton have not said anything about his public behavior, but it’s without a doubt that some comments or an explanation will be given sooner rather than later.

The Bold and the Beautiful Spoilers: Hope Finds Out The…