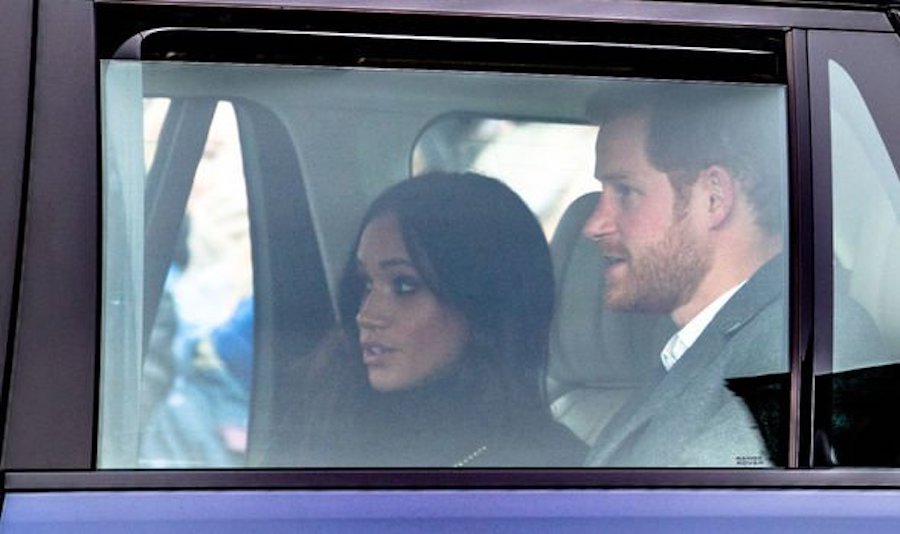 British Royal News suggests that things aren’t looking very good for Queen Elizabeth, the future of the monarchy and of course, Prince Harry and Meghan Markle. Soon after it was announced that the Queen had tested positive for COVID-19, a Buckingham Palace statement had said that she was still going to take on her engagements, but virtually, as she was just experiencing “mild symptoms.” However, that has all changed in the past few days as the queen has canceled all of her engagements for the week, sparking new concern from royal fans about her health. This has also prompted a lot of people to wonder: is it time for Prince Harry and Meghan Markle to return to the UK? Here’s what you need to know.

The Duke and Duchess of Sussex have made it pretty clear that they don’t want to return to the UK simply because they fear their family’s safety. This is because Harry himself experienced what could have been a security breach back during the summer of 2021 when he traveled to London for the unveiling of a Princess Diana statue at Kensington Gardens. Harry says that he was chased by photographers at the time.

Should something happen to Queen Elizabeth, it’s without a doubt that both Prince Harry and Meghan Markle would want to be there, both for her final hours or regrettably, for the monarch’s royal funeral. However, the logistics of Harry and Meghan traveling to the UK with their two small children, Archie and Lilibet, are quite complicated. That’s because Harry wants to pay for his family’s own security detail, which doesn’t look like it’s going to happen anytime soon, thanks to the miles of red tape he’ll have to go through first to make it happen.

British Royal Family News: What’s Next For Harry And Meghan?

Then again, there’s always the possibility that Harry might return to the UK on his own. But if Meghan doesn’t show up, a lot of royal fans say that it wouldn’t be a good look for the duchess. Do you agree?

Bernice Emanuel Jul 15, 2022
The Bold and The Beautiful

Days of Our Lives News: Brandon Barash Is Enjoying His…

Bernice Emanuel Jul 20, 2022
The Bold and The Beautiful

The Bold and the Beautiful POLL: Do You Think Steffy And…