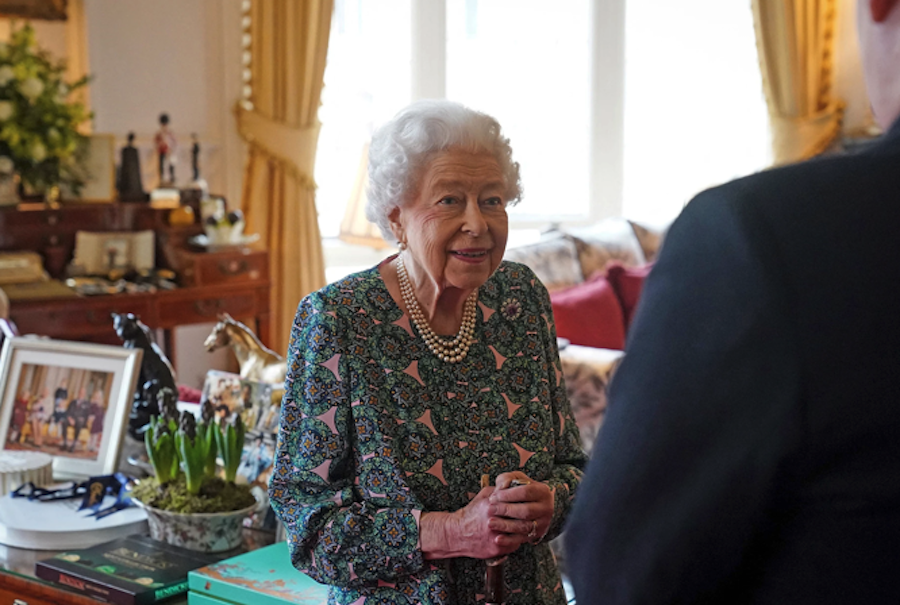 There’s no doubt that this hasn’t been a good week, a good month, or even a good year for her. There are new reports that suggest royal fans are quite concerned about Queen Elizabeth as the monarch looks quite frail in new photos that were released by Buckingham Palace just one day after it was announced that Prince Andrew has settled with his accuser Virginia Giuffre in a hefty payout. Here’s what you need to know.

Queen Elizabeth met with incoming Defense Services Secretary Maj. Gen. Eldon Millar at Windsor Castle, walking with a cane and appearing stiff. “I can’t move,” the Queen told Millar as she gestured towards her foot. A palace source said the Queen had been feeling slightly stiff. However, Buckingham Palace has not made any comments about the matter, either.

The meeting with Millar and his predecessor, Rear Adm. James Macleod, also came after the disgraced Duke of York paid out an estimated $16 million to Virginia Giuffre in an out-of-court settlement in her sexual abuse lawsuit against him.

If that weren’t enough, Queen Elizabeth has had quite the COVID-19 scare as both Prince Charles and Camilla Parker Bowles have tested positive in the past week. Charles, 73, the heir to the throne, last week pulled out of an event after contracting coronavirus for a second time. A palace source said the 95-year-old monarch was not displaying any symptoms, though. That said, it doesn’t appear as though the queen had tested positive for the virus either.

It sure hasn’t been a very good year for Queen Elizabeth at all. With Prince Harry and Meghan Markle throwing the entire royal family under the bus in their seismic interview with Oprah Winfrey last year to the death of her beloved husband Prince Philip and now the sex abuse case against her son Prince Andrew, the queen could certainly use a break from all of the negative headlines. Now whether or not that happens remains to be seen.

British Royal News: Prince Harry and Meghan Markle Know They Will Be ‘Slaughtered’…

Bernice Emanuel Jul 28, 2022
The Bold and The Beautiful

The Bold and the Beautiful Spoilers: The Truth About Ridge…

Bernice Emanuel Aug 13, 2022
The Young and The Restless

The Young and the Restless (Y&R) Spoilers: Distance…