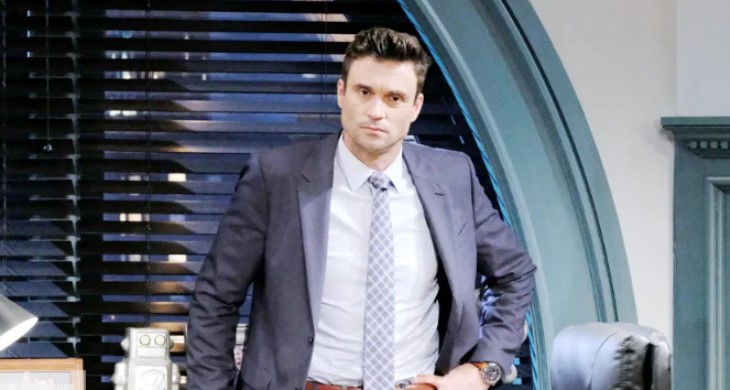 The Young and the Restless (Y&R) spoilers and updates tease that Daniel Goddard would entertain the idea of returning to the daytime drama. However, there is a condition that needs to be met if that were to happen.

The actor reportedly answered a question by a fan regarding a possible return to the soap. The actor said, “That’s a good question… I would very much entertain it.”

“It would have to be some different circumstances now based on the way the whole thing came to an end. Which is like a chapter out of Eric Braeden or Jeannie Cooper’s tell-all book,” he continued.

Daniel Goddard struggled to choose his words wisely when he talked about his messy exit from The Young and the Restless. The actor hinted that it wasn’t his idea to leave the show and he’s open to the possibility of reprising his role as Cane Ashby.

Fans may recall that the actor has played the role for 13 years before he left the soap in 2019. Many of the viewers were shocked over his exit. It’s been two years since his character left Genoa City and his fans are starting to wonder if he’d ever come back. Fortunately, his answers were optimistic as long as “there were the changes that needed to be made for that to happen.”

Other Storylines For Cane Ashby

Goddard also revealed some storylines that didn’t involve a reunion between his alter ego and Lily Winters (Christel Khalil). The actor shared that there was one time when Mal Young, before he left the show, considered having Cane share a steamy scene with Victoria Newman (Amelia Heinle) in the kitchen. Goddard loved the idea.

The actor said that there’s a lot of new things that can be explored. He recalled that he pleaded with Josh Griffith, the show’s co-executive producer, and head writer, and executive producer Tony Morina “that there was so much story” for Cane to play after Hilary Curtis (Mishael Morgan) died.

Viewers may remember that Hilary was Cane’s seemingly harmless assistant at Chancellor Industries. But she changed after it was revealed that she’s in town to avenge her mother’s death and ruin the Winters family. Hilary drugged Cane and made him believe that something happened between them.

Goddard said he begged the powers that be to explore the story especially when Hilary’s doppelganger came to town. Unfortunately, nobody listened to the actor.

The Bold and the Beautiful Spoilers: Is A Cat Fight Brewing…

The Bold and the Beautiful Spoilers: Thomas Forrester Hangs…