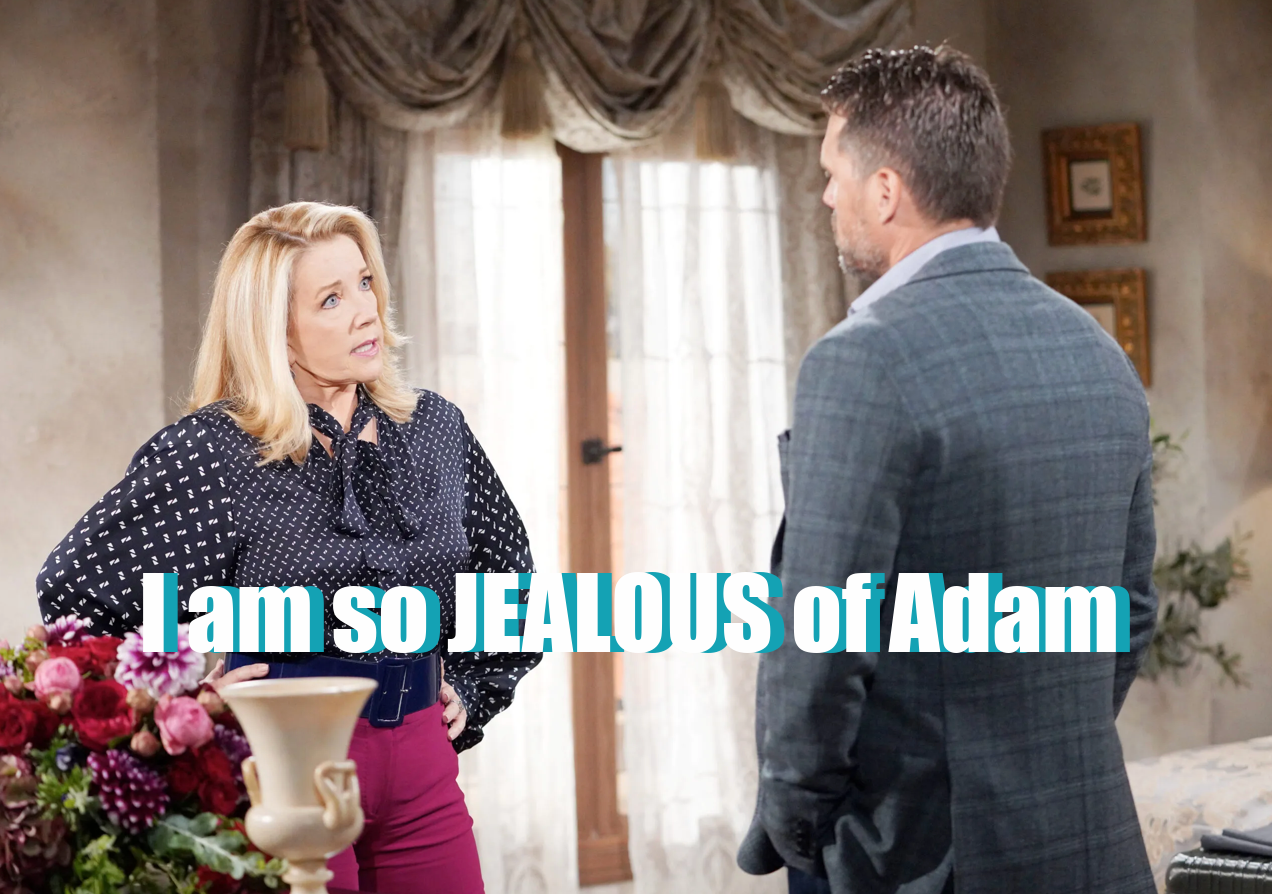 The Young and The Restless (Y&R) spoilers and updates reveal Jesse Gaines has caused a family rift where the roles of Victor’s sons are reversing. The black sheep of the clan now appears to be the favorite and the firstborn feels he is being cast aside.

Victor Newman (Eric Braeden) emphasized time and time again that he did not want Victoria Newman (Amelia Heinle) hurt by revelations about the past of Ashland Locke (Richard Burgi) coming to light. Nick Newman (Josh Morrow) kept digging even as his father was working to keep Locke’s past dead and buried. Billy Abbott (Jason Thompson) brought Jesse Gaines (Jamison Jones) to Tuscanny to try to stop the wedding and Victor chose Adam Newman (Mark Grossman) instead of his firstborn to keep Gaines under wraps. Nick looked crushed when he realized his dad had kept him out of the loop.

Nick told Phyllis Newman (Michelle Stafford) that his father left him out and turned to Adam for his latest caper. He admitted that this is how Victor operates and tried to sound as if he did not care. Nick is now on the outside looking in as his brother replaces him as the number one son. Nick is also estranged from Victoria who told him to stay out of her business. Nicholas and Phyllis are also drifting apart so he feels pretty isolated. Spoilers say Nikki Newman (Melody Thomas Scott) will attempt to broker peace between her husband and son but will not be successful.

After they are certain Gaines has been dealt with Victor and Adam will work together again and leave Nick out in the cold. Spoilers suggest they may go after ChancComm in order to make Billy pay for interfering in Victoria’s life. Nikolas has lost the respect of his sister, the trust of his father and might lose Phyllis to Jack. He and Adam have come a long way but this situation could cause a rift between the brothers.

Y&R Spoilers – The Roles Have Reversed

Victor desired Victoria’s wedding to happen without any problems. Adam helped achieve that goal while Nick tried to prevent the nuptials from taking place. The black sheep is now the favored son and the firstborn has been placed on backburner status at least for the time being.

The Bold and The Beautiful Spoilers: Brooke Pushes Donna To Rekindle Things With Eric