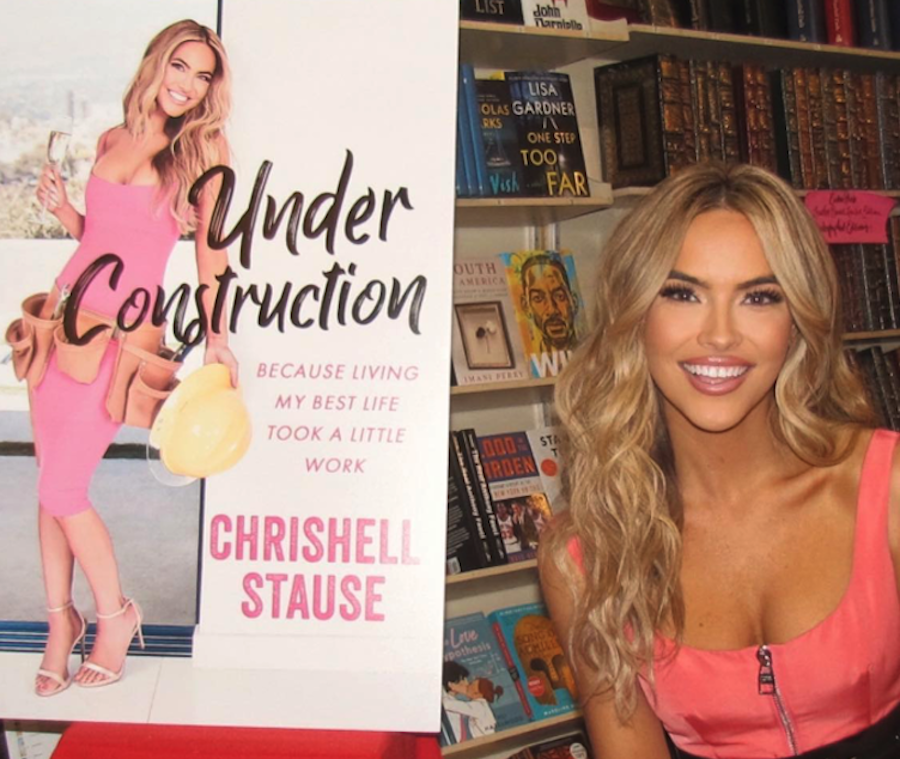 Well, you certainly can’t blame her for being resourceful, right? Days of Our Lives alum Chrishell Stause made a very interesting revelation about her marriage to former The Young and the Restless star Justin Hartley. The stunning actress said that she sold her wedding ring from Justin to buy herself a house! Here’s what she has to say.

While on “The Kelly Clarkson Show,” Chrishell said that she paid for her $3 million dollar home using the money from the wedding ring that she sold. “When sometimes life gives you lemons, sometimes you’ve gotta add a little vodka,” the DOOL star said. “I was trying to, you know, make the best out of a situation.”

Chrishell also credited Kelly Clarkson’s music for helping her get through a difficult time in her life. “Your music has gotten me through many a breakup, so thank you for that. You’ve helped all of us,” she said.

Meanwhile, in her new book, “Under Construction,” Chrishell opens up about the good, the bad and the downright ugly in her personal life. “Part of adulting is realizing that there are two people in a relationship and owning your part in what went wrong,” she writes. “Being the victim and staying bitter won’t help you grow and move on.”

E! Online was recently given an exclusive excerpt from the book and from what we can tell already, Chrishell is not holding back at all. Writing about how she met Justin back in 2013, she puts it this way, “We hit it off right away and were pretty much inseparable from day one. I fell hard and fast and thought that he hung the moon.”

The Young and the Restless News: Chrishell Is Putting The Past Behind Her

She also explains how she was shocked to have received a text message about Justin filing for divorce while she was filming Selling Sunset in 2019. “The last thing I want to do is rehash old wounds but being so far away from it now I can see that what happened was a gift,” Chrishell said, adding, “But also, sometimes a healthy relationship that starts out with zero warning signs can turn toxic over time, and you can end up bringing out the worst in each other simply because it wasn’t meant to be. If you’re a naturally optimistic person like I am, it’s hard to look for warning signs when you’re falling in love. You’re hopeful, and no one’s perfect, and everything in you wants it to work.”

The Young and the Restless News: Fans Sound Off On The Storylines – Best In Years?