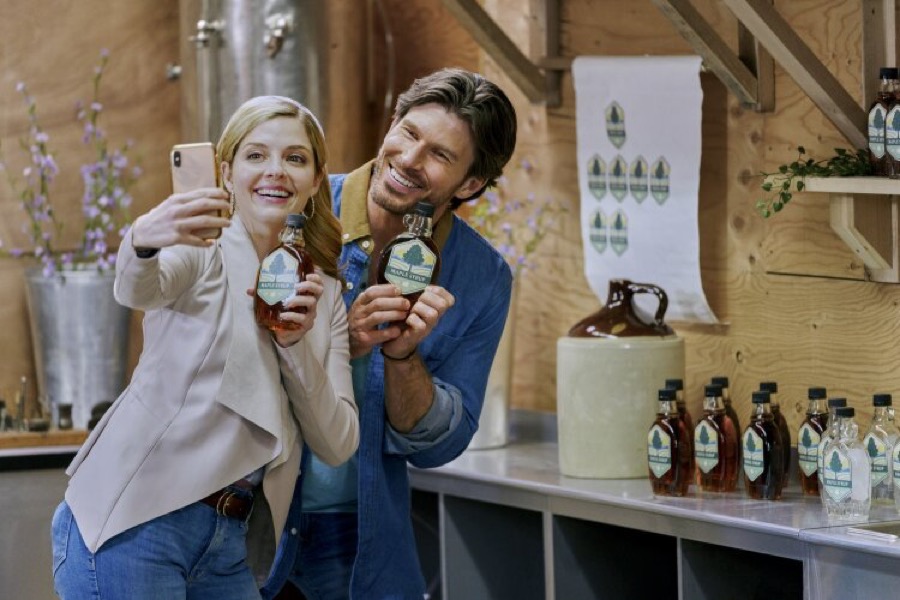 Christmas is still coming, but we are already looking ahead to Hallmark’s next programming event – New Year, New Movies 2022. Most people will agree that they will be happy to see the end of 2021 and what better way to celebrate than with a series of five great new movies? Let’s take a brief look at the original Hallmark Channel movies coming in the New Year, including the first installment in a much-anticipated movie trilogy.

Where Your Heart Belongs on Hallmark Channel

According to the official synopsis, the movie tells the story of Mackenzie Sullivan (Jen Lilley), a New York-based marketing executive, who is struggling to keep her clients. However, Mackenzie heads home to a rural maple farm to help her best friend plan her wedding, happening in two weeks. Along the way, she learns the hard way that the love and support of true friends and family mean more than she ever imagined. Jen Lilley stars opposite Christopher Russell.

Where Your Heart Belongs debuts on Saturday, January 1, at 8 pm ET, on Hallmark Channel.

The first in a new Hallmark movie trilogy, developed by Lacey Chabert, is The Wedding Veil: Avery’s Story. The movie stars three of the network’s top leading ladies. In the first movie, three longtime college friends discover a mysterious antique veil, fabled to unite its bearer with her true love. Meanwhile, after museum curator Avery (Lacey Chabert) discovers a long-lost painting, she and a new board member, Peter (Kevin McGarry), investigate the origins of the artwork. While this happens, they plan a charity fundraiser to unveil the artwork’s restoration.

The Wedding Veil: Avery’s Story debuts on Saturday, January 8, at 8 pm ET, on Hallmark Channel. The other movies in the trilogy are set to air later.

Originally called Love And Ice Wine, The Perfect Pairing tells the story of an influential and anonymous food and wine critic, Christina (Nazneen Contractor). She finds herself at a winery she has panned in the past and hopes to be able to leave before anyone realizes who she is. However, while there, she slips on the ice and hits her head, losing her memory.

The Perfect Pairing debuts on Saturday, January 15, at 8 pm ET, on Hallmark Channel.

Romancing the Birthday Girl on Hallmark

Romancing The Birthday Girl tells the tale of Taylor (Emilie Ullerup), who on her birthday opens a time capsule left by her deceased mother. Inside, Taylor discovered six envelopes and in each is a challenge that she must complete. Her mother made the challenges because she was aware of her daughter’s many anxieties, which tend to hold her back. Meanwhile, by doing the challenges Taylor can expand her horizons and open her mind and heart to the possibility of love. Emilie stars opposite Clayton James in this intriguing movie.

Last, but by no means least, Butlers in Love shows the fierce competition between trainee butlers at a prestigious butler academy. Passionate Emma (Stacey Farber) and rebellious Henry (Corey Cott) are in training to become royal butlers, where the competition is fierce and sparks begin to fly.

Butlers In Love premieres on Saturday, January 29, at 8 pm ET on Hallmark Channel.

Readers, we are all looking forward to the Christmas holidays, but are you also looking ahead to New Year, New Movies on Hallmark Channel? Let us know by dropping a comment below.

Coronation Street Spoilers: Gary Ends Up in Prison After Found Guilty of Murder?

Bernice Emanuel Dec 20, 2021
The Young and The Restless