Why Does Every General Hospital Character Need To Hear Carly’s Woes? 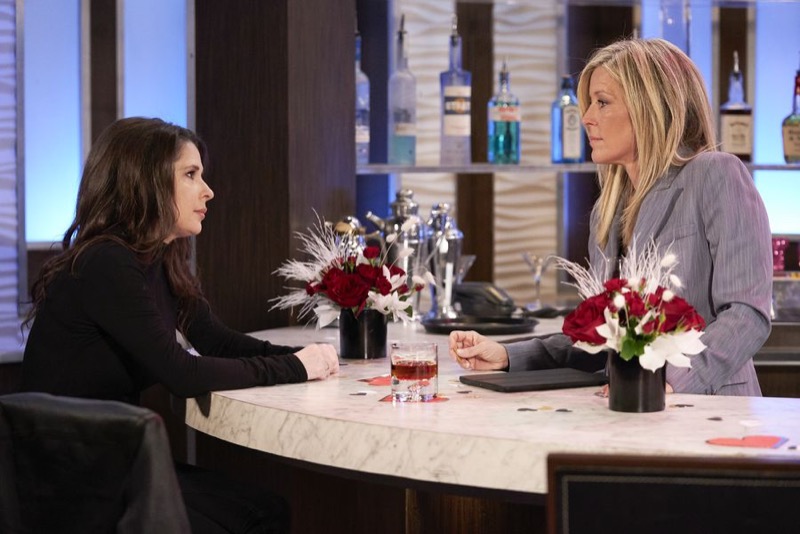 General Hospital spoilers reveal Carly continuing to aimlessly wander around Port Charles looking for anyone willing to lend her a sympathetic ear about her latest personal distress.

General Hospital Spoilers: Woe Is Me Carly Is On The Prowl

It looks like Carly Corinthos (Laura Wright) might have run out of people to tell her problems to because now GH is bringing in recurring day players who we barely see to prop her up and give her someone to whine to. We love Felix DuBois (Marc Anthony Samuel). We’d love to see Felix have his own storyline and on-screen romance. What we do not love is seeing him be used as a tell-to for Carly when they were never real friends to begin with.

And then there’s Britt Westbourne (Kelly Thiebaud). The woman was telling Nina Reeves to go get Carly’s man just a few weeks ago after Carly stole Britt’s man last summer — remember Jason (Steve Burton)? Carly can’t stop talking about him either — and on Valentine’s Day, they were getting drunk together at The Savoy and doing shots. Make it make sense, GH.

Why Did Carly Run To Her Son? And Then SAM???

Did nobody else find it weird that the first person Carly wanted to talk to after finding Sonny Corinthos (Maurice Benard) in bed with another woman was her son? Who goes and tells their grown son about their father’s sex life? There is something weird and inappropriate about that and basically sums up why Michael Corinthos (Chad Duell) is such a dysfunctional person.

The Bold And The Beautiful Spoilers: Thomas Keeps Brooke Away From Ridge

DOOL Spoilers: Eileen Davidson Back As Kristen DiMera, The…

Sandra McIntyre Oct 25, 2021
The Bold and The Beautiful