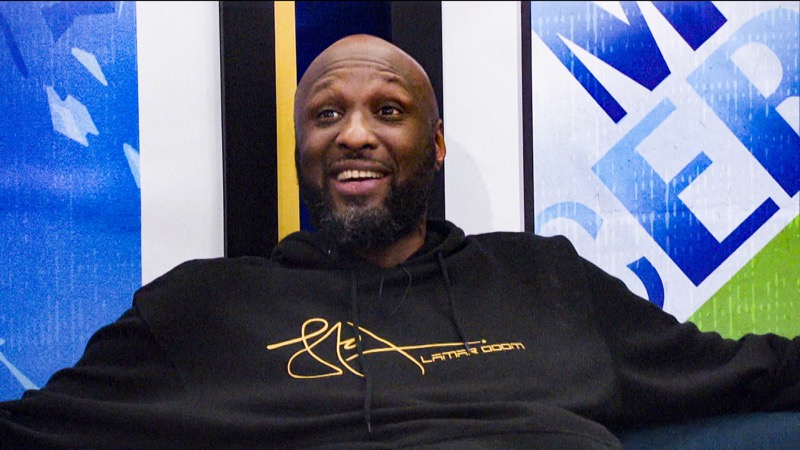 On Monday’s episode of the CBS reality TV show, Celebrity Big Brother Lamar discussed his relationship with Khloe Kardashian with costars Cynthia Bailey, Carson Kressley, and Miesha “Cupcake” Tate, saying, “It would be a blessing just to be in her presence.”

Continue reading and we’ll give you the low down.

At some point, Bailey, 54, noted that, when Odom talked about Kardashian, 37, it sounded like she was the love of his life. The 42-year-old former Dallas Maverick responded that he’d never thought about getting married again.

Odom expressed some regret about the relationship and indicated that he was a big part of its demise, saying, “I didn’t treat that good woman right.” That’s when Bailey suggested that Odom reach out to his ex-wife after leaving the house.

Odom pledged to his Celebrity Big Brother costars that he would try his “damnedest.”

Celebrity Big Brother: Odom Wishes He Had Been ‘Mature Enough’

Later in confessional, the NBA champion noted, “I would probably just want to take her to dinner,” adding that it would be a “blessing” to be in her presence again, apologize to her and tell her what a fool he was. “She has the right to never see me again for the things I put her through, but time moves on and people change. I would say I’m a lot more loyal now.”

Odom went on to tell his costars that he wished he had been “mature enough” back then and that, given the opportunity again, he would “know what to do and what not to do.”

Apparently, the former Spanish basketballer had it bad for Khloe as he also indicated that he couldn’t sleep at night because she occupied so much of his mind. He noted that he often had to take walks just to get to sleep. “This experience has been life-changing.”

Lamar Odom and Kardashian got hitches in 2009 after having dated only one month. Four years later, in 2013, it was over, though the socialite didn’t actually file the divorce papers until 2015 after the baller overdosed and nearly died.

According to People, this isn’t the first time Odum has addressed his continued feelings about the model during his stint on Celebrity Big Brother. Previously he had said that he missed her “so much,” saying, “I wish I could take that time back.”

Be sure and catch Celebrity Big Brother Mon-Fri evenings on CBS and keep up with the Kardashians and return here often for more spoilers, news, and updates.

Alexander is a veteran of the United States Navy, an editor-at-large, and a content writer. As a writer, he currently writes about travel and reality TV. He has written numerous opinion pieces for Blasting News, travel articles for Trip101 and has been a curator for the last four years having since reviewed thousands of articles.

Days of Our Lives Spoilers: Ciara Goes Into Labor – Without Ben

Why Does Every General Hospital Character Need To Hear Carly’s Woes?

The Young and the Restless Spoilers: Chelsea Is Still…

Bernice Emanuel Sep 20, 2022
The Young and The Restless

The Young and the Restless Spoilers: Here’s Why Eric Braeden…

Bernice Emanuel Dec 24, 2022
The Bold and The Beautiful