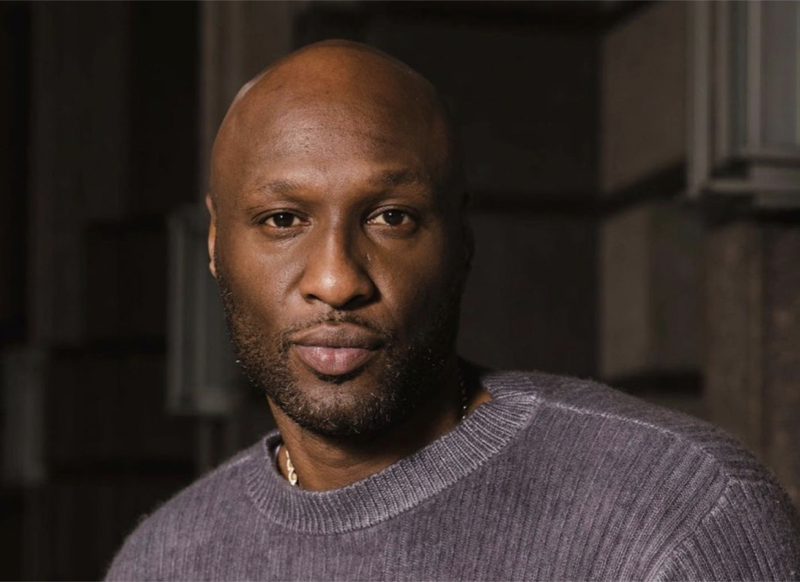 Lamar Odom won’t give up trying to woo back Khloe Kardashian. And after stunning Celebrity Big Brother viewers recently with his open pleas, some wonder if Lamar has gone too far. For example, Odom told viewers that his dreams of reconciling with Khloe actually caused him to sign up for the show!

But Lamar didn’t stop there. And the Celebrity Big Brother contestant stunned fans with his wish that Kardashian would magically enter the Big Brother house to renew their romance. But does Odom really have a chance? Or has he gone too far? Find out the answer below.

Khloe Kardashian clearly has moved on with her life since she split from Lamar Odom. But unfortunately, Odom doesn’t seem to get the message. And in some ways, Lamar seems to be replaying that old Fred Astaire song from “Swing Time.”

As the lyrics advise, “For when my chin is on the ground, I pick myself up, Dust myself off, Start all over again.” But Odom’s repeated attempts to start all over again with Khloe just keep failing, revealed an insider quoted by Geo TV. And that source also warned that Lamar may have gone too far in trying to “wear down” the “Keeping Up With The Kardashians” (KUWTK) star!

For instance, the insider shared that Khloe possesses “zero desire” to renew her romance with Odom. But the 42-year-old NBA star keeps “blowing up” the KUWTK star’s cell phone. “It’s bad enough that he’s saying all this soppy stuff on TV,” pointed out the source. “But he’s also blowing her phone up and trying to wear her down through the few mutual friends they have left.”

Khloe Kardashian has succeeded in staying silent about Lamar Odom’s repeated pleas. And he even used Celebrity Big Brother host Julie Chen Moonves to try to send a message to his ex. “I miss you and I hope to get to see you soon,” Odom revealed to the 37-year-old mom of daughter True.

But Khloe just doesn’t feel anything for Lamar at this point in her life, according to the source. As a result, fans feel skeptical that Lamar can ever woo back Kardashian. For instance, on Reddit, some commentators slammed Odom for using Celebrity Big Brother to communicate with Khloe.

“I wonder if part of the reason Lamar joined this season is so he could have a platform to talk about Khloe,” theorized one fan. And another added, “I wouldn’t put it past him. The way he tried to slide back into Khloe’s life recently after what Tristan did was very calculated. [Odom] wanted to weasel his way back in by offering to be a ‘shoulder to cry on.'”

But one person disagreed. And the fan of Lamar renewing his romance with Kardashian successfully offered an intriguing point. “Honestly though I’m here for it,” argued the Odom fan. “If he’s a changed man and can give her what she needs!”

Tell us what you think. Do you believe that Lamar Odom can woo back Khloe Kardashian? And after you’ve shared your views, check back on our site for more celebrity and reality TV news.

The Bold and the Beautiful Spoilers: Eric Makes A Choice

Bernice Emanuel Jun 28, 2022
The Young and The Restless

The Young and the Restless Spoilers: Victoria Wears…