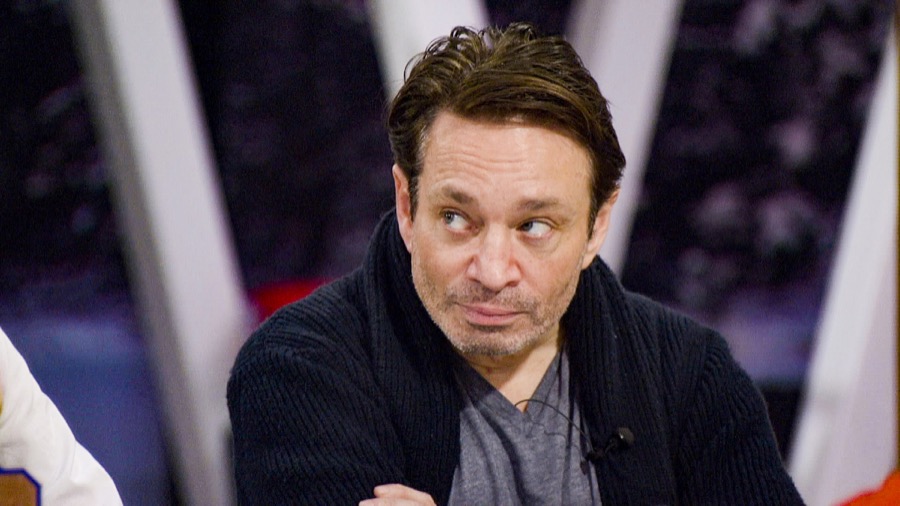 Celebrity Big Brother Season 3 spoilers reveal that Chris Kattan stole the spotlight! And even host Julie Chen Moonves didn’t know how to respond to Kattan’s surprisingly shady move. As a result of his action, Celebrity Big Brother viewers remain in suspense until the next episode!

Find out exactly what Chris did and said that got so much attention. Plus see what Julie revealed about her unique insights into Kattan. We’ve got the Celebrity Big Brother news you need below!

Julie Chen Moonves has hosted both the original Big Brother and Celebrity Big Brother for years. But Chen admitted to EW that cast member Chris Kattan brought an entirely new dimension to the show!

As a result of his strange decision to offer up an early farewell speech, Julia weighed in.

And the Celebrity Big Brother host offered several insights about Kattan. For instance, given that Chris basically begged to get voted out, Chen debated whether  he truly meant it. “Honestly, I think he meant every word,” she stated.

But Julie also offered an interesting insight on the other Celebrity Big Brother players’ responses. “And guess what? The voting Houseguests didn’t care! They want to keep Kattan in because of that reason… he’s not a threat. He doesn’t seem to care if he stays or goes.”

And for fans who thought that Julie might feel upset by Chris Kattan’s comments, wrong. She clearly thought the entire situation provided quality entertainment. “Lol! Goodness! You really can expect the unexpected when it comes to the celebrity edition of Big Brother,” pointed out Chen. “May God bless him either way!”

But what happens next? As a result of Chris, 51, suddenly vanishing from the live feeds on February 9, fans feel baffled, pointed out Us Weekly. And despite fans hunting for any signs of the comedian Wednesday evening on those live feeds, a game of “Where’s Kattan” began!

For instance, some believed that Chris had quit Celebrity Big Brother Season 3. But others thought that he left the game for hidden reasons rather than actually quitting. And his celebrity co-stars also offered some clues.

“I wasn’t that stressed when Chris Kattan was still here because I felt like we had a chance for him to go home,” admitted singer/dancer Todrick Hall said to “Real Housewives of Atlanta” alum Cynthia Bailey. But Hall shared that now Kattan “has thrown a huge curveball in the game.” And Cynthia seemed to confirm his departure, adding, “Yeah, ‘cause now it’s, like, he’s out of the equation.”

Bernice Emanuel Jan 12, 2022
The Young and The Restless

Days of Our Lives News: What Has Lamon Archey Been Up To?

Days of Our Lives News: Tina Huang Opens Up About Her…