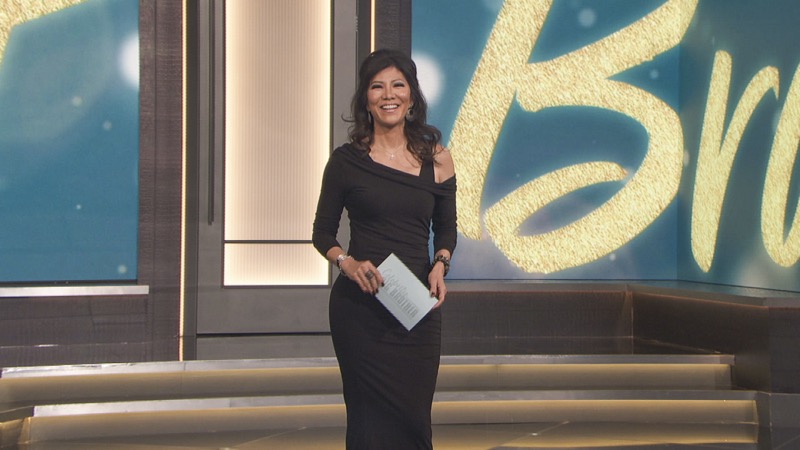 Celebrity Big Brother season 3 spoilers tease a possible NEW spin-off. And credit for those teasers goes to beloved Big Brother host Julie Chen Moonves. But did Julie REALLY mean that CBS could agree to yet another new version of Big Brother?

Find out exactly what Julie spilled about a spin-off below. And see if you believe that the “Chenbot,” a nickname she’s embraced, joked about the possibility of a new show or truly hopes for the spin-off. We’ve got what you need to know about Chen Moonves’ most recent revelations below.

Celebrity Big Brother host Julie Chen Moonves chatted with EW about her predictions for season 3. And one teaser seems to hint at a spin-off! Clue: Hello, love connection between two VERY unexpected celebrities.

Did the Chenbot really mean that? Julie insisted that she has developed such detailed spin-off concepts that she’s “producing it in my head.” And the Celebrity Big Brother 3 host also shared that she loves Odom. “But I don’t think he knows the game that well,” she admitted. “And I think Shanna Moakler is going to be the person that people are fascinated with, and that could go either way, or both ways, depending on who you are as a fan.”

But Julie didn’t limit herself to spin-off chat. And the Celebrity Big Brother host spilled some teasers. For instance, the Chenbot shared that fights seem inevitable!

” Of course there are going to be fights. It’s Big Brother. It’s one bathroom,” she pointed out. “And it’s 11 celebrities who are used to being numero uno. So that recipe alone tells you there’s going to be some bruised egos.”

And Celebrity Big Brother season 3 also shows potential for some stars to stand out among the crowd, according to Julie. But she hesitated to name too many names for a reason that viewers will understand. “But if I had to guess if there was going to be fights, I’d be foolish to say some names in my head right now because they’re probably going to be best friends and then I’m going to look like a jerk. Chenbot doesn’t like being wrong.”

But even though Chen Moonves hates getting proved wrong, she did finally tease a few possible front-runners. For instance, Julie confessed with whom she would form an alliance. “But I honestly think I would probably form an alliance with Carson Kressley and Todrick Hall, and I think that it would be us three taking on the world,” she shared.

Tell us what you think. Would you watch a Celebrity Big Brother spin-off featuring Lamar and Shanna? And after you’ve shared your views, check back on our site for more celebrity news!

The Young and the Restless Spoilers: Sperm Bank Withdrawal Mix-up!