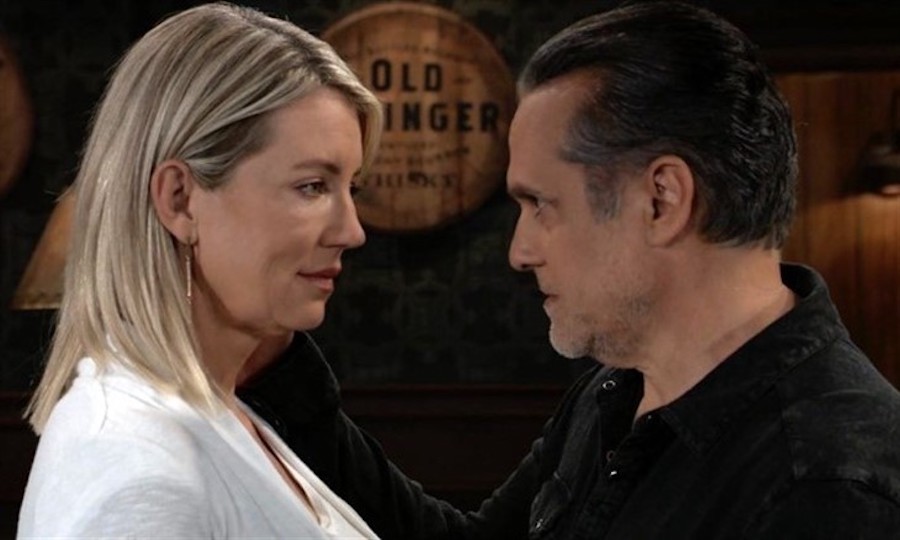 General Hospital spoilers say that Sonny Corinthos (Maurice Benard) and Nina Reeves (Cynthia Watros) are about to hit the sheets while Sonny’s estranged wife Carly Corinthos (Laura Wright) hits the you know what! Keep reading below for all of the spoilers you need to know.

According to the latest edition of Soap Opera Digest, Sonny is convinced that his marriage to Carly is over. That’s when a vulnerable Sonny succumbs to his feelings for Nina and before they know it, sparks fly. For Sonny, he’s off his medication and also realizes that Laura might be gone forever. As hard as he’s been begging her to come back, it looks like that ship has sailed.

General Hospital spoilers say because of Sonny’s chemical imbalance, his heartache from seeing Carly leave him and also all of the sexual tension between him and Nina start to combust. Speaking to the publication in a new interview, actor Maurice Benard, who plays Sonny on the hit ABC soap, puts it this way, “He can’t help himself. It just happens. So they go into the bedroom,” when it comes to his night of passion with Nina.

General Hospital Spoilers: Sonny And Nina Have Sex – How Will This Change Things?

However, the actor says that he understands Carly’s point of view in all of this, too. She’s not going to be a third wheel in her own marriage. Maurice continued, “The fact is that he’s got thees very confusing feelings that he can’t control, and Nina’s right there in front of him, and things happen.”

The Young and the Restless Spoilers: Bryton James Celebrates…

Meghan Markle Fails To Get Invited To Oprah Winfrey’s…

Days of Our Lives Spoilers: What’s Going On With Lamon…