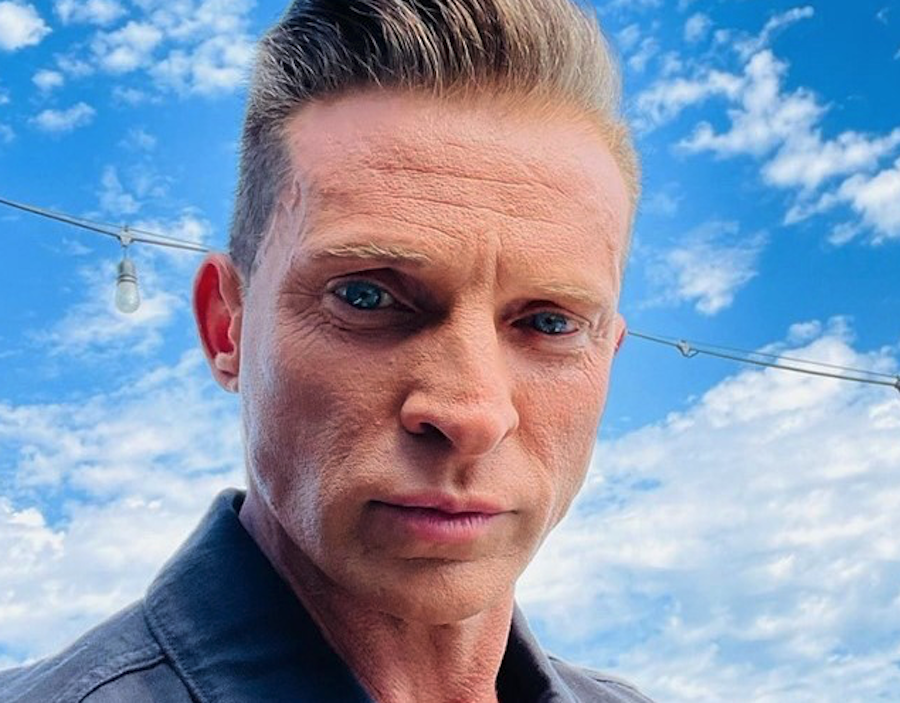 Days of Our Lives spoilers say that while he might be an old character, he sure is a familiar face! Of course, we are talking about Harris Michaels, played by Steve Burton in the new DOOL spin-off series Beyond Salem. Here’s what Steve has to say about his new (but also old) role!

Speaking to Soap Opera Digest in a new interview, Steve said that his return to Salem was certainly an unexpected one. When asked how he approached revisiting a character that he hasn’t played in several long decades, he said, “It is a new character, because obviously I wasn’t on the show long enough to establish much about the character. I make references in the digital series to that character a couple of times, but it’s a new character and I just let Ron figure it out and do this thing, like we always do as actors, and talked it through with him. I’d go, ‘Hey, what are you thinking here and here and here?’ because I had a lot of questions about how I should respond, where I should take the character, where is he in the beginning of the arc to the end of the arc. Ron and Albert helped me with that a lot.”

Steve also said that it’s been great being back because Salem does feel like another home away from home for him. He said, “It’s been great because I’ve seen a lot of friends, Brandon Barash, a lot of people that I know, and I’ve met some new people that I didn’t know, that I’ve heard of my whole career or saw at the Soap Opera Digest awards or just in passing. Everybody was so welcoming, Drake and Stephen, and everyone. Kristian Alfonso is amazing. Mary Beth Evans goes, ‘I remember you in the makeup chair back in 1998!’ I go, ‘I don’t know how you remember that, because I don’t!’

Days of Our Lives Spoilers: What’s Next For Harris?

That said, it’s without a doubt that fans can’t wait to see Harris Michaels make his debut again!

Days of Our Lives POLL: Are Gabi And Li Shin A Hot Sizzling Couple Or Not?

Heather Hughes Oct 25, 2021
The Young and The Restless

Teanna Cuppington Feb 19, 2022
The Bold and The Beautiful

The Bold and The Beautiful Spoilers Next 2 Weeks: Fantasies,…

The Bold and the Beautiful Spoilers: If Brooke Demands Ridge…