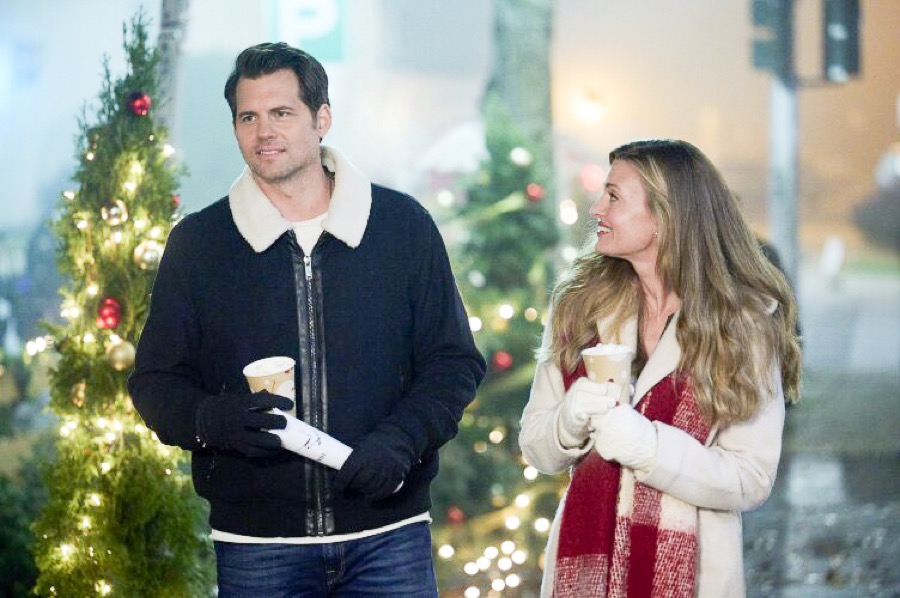 Hallmark Channel, your home for the holidays, is releasing the new, original movie, A Dickens of a Holiday! this Friday, December 10. The movie stars Brooke D’Orsay and Kristoffer Polaha and celebrates the 100th anniversary of Dickens’ Day in Dickens, Ohio. Read on to find out more about this upcoming holiday movie, its cast, trailer and more details of its release.

Hallmark Channel: A Dickens of a Holiday!

Coming this Friday, just in time for the weekend, A Dickens of a Holiday! is part of Hallmark Channel’s annual Countdown to Christmas programming event. The movie stars Brooke D’Orsay and Kristoffer Polaha, among others.

According to the official Hallmark synopsis, Christmas Eve in Dickens, Ohio, marks the 100th anniversary of the town’s Dickens’ Days. The Victorian festival ends with the community theater’s production of that famous Charles Dickens story, A Christmas Carol.

However, when the lead actor is forced to drop out, director Cassie (D’Orsay) reaches out to her former High School classmate and Dickens’ native, Jake (Polaha). Jake is an action movie star who wants more serious roles in Hollywood. At first, work between Cassie and Jake is problematic, but the more they rehearse and take part in the holiday activities of Dickens’ Days, the more the couple warms up to each other.

It is up to director Cassie to show Jake the actor that he is capable of a serious, leading-man role. For his part, Jake helps Cassie realize that she is still the most likely to succeed. However, this is in roles she never expected: a teacher, a coach and a leader.

Readers can enjoy the Hallmark trailer for A Dickens of a Holiday! here:

Cast of A Dickens of a Holiday!

Brooke D’Orsay (Royal Pains) plays Cassie, while Kristoffer Polaha (Wonder Woman 1984) is in the role of Jake. According to the official IMDb page, other cast members include Camille Mitchell (Van Helsing) as Marilyn, Jovanna Burke (Truth) as Allison Dorsey and Chad Willett (Big Sky, Broken Diamonds) in an unnamed role. Meanwhile, Laura Yenga (Christmas with a Crown) plays Millie and Robert Leaf (The Good Doctor) is in the role of Ray Muller.

Behind the scenes of the Hallmark movie

The movie A Dickens of a Holiday! comes from Timeless Pictures Inc. with Antonio Cupo, Michael R. Goldstein, Alexandre Coscas and Ben Silverman as executive producers. The movie is directed by Paul Ziler from a script by Mark Hefti and Julie Sherman Wolfe.

When does A Dickens of a Holiday! premiere on Hallmark?

The new, original movie A Dickens of a Holiday! premieres on Friday, December 10 at 8 pm ET/PT on Hallmark Channel.

Readers, are you looking forward to the movie A Dickens of a Holiday! on Hallmark Channel? Let us know by dropping a comment below.

The Bold and the Beautiful Spoilers: Is Ridge Getting Back Together Again With Taylor?

The Bold and the Beautiful Comings And Goings: Is Ashley…