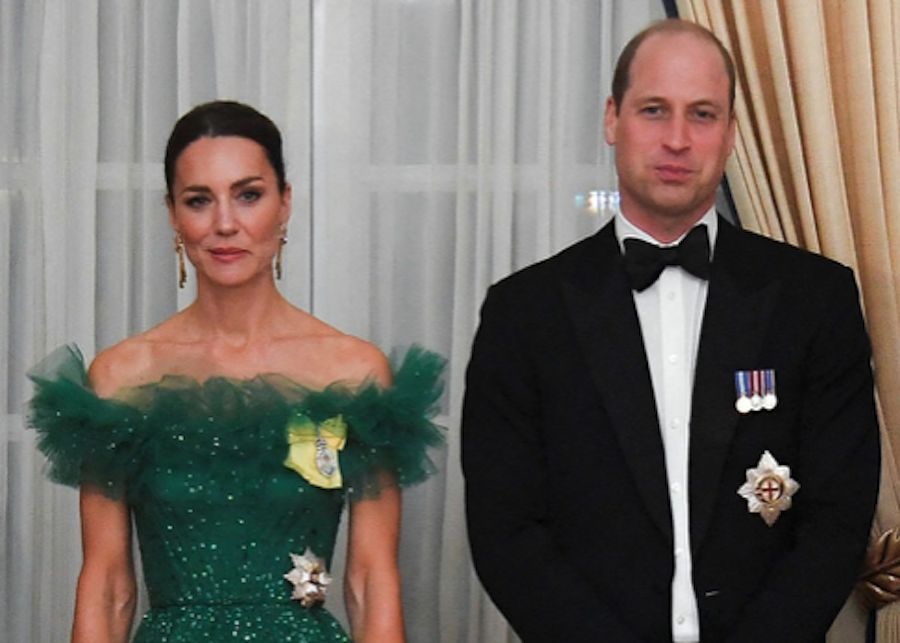 And so the fall out continues. It looks like it’s going to be a very long time before royal critics even begin to forget about Prince William and Kate Middleton’s disastrous tour to Belize and the Caribbean. Here’s what you need to know.

During William and Kate’s trip to Belize, Jamaica and The Bahamas, they were met with protests, discussions about the countries wanting to break free from Queen Elizabeth and the monarchy and of course, Britain’s colonist past. It seems like more people were paying attention to the message that the governments of these countries were sending out to the royals than to Kate Middleton’s wardrobe on this trip. That’s one of the reasons why they are looking to change things around.

BBC royal correspondent Jonny Dymond believes the reason why the Caribbean tour was such a flop was because it’s been a long time since William and Kate’s team had to organize a royal tour. In fact, this was their first tour in two years since the start of the global pandemic that has been COVID-19.

Jonny put it this way, “It’s been more than two years since the last tour and the Cambridges’ team sorely lacks experience in setting up a long and complex trip. The whole fingers-through-the wire moment was avoidable. Black Lives Matter has changed many perceptions. And the declaration by Barbados of a republic late last year has changed things too. There is no longer the forgiveness there once was for the slightly tone-deaf moment… The Land Rover might have seemed like a good idea at the time. But on the day it felt like one more reminder of colonial days. Times have changed. The Royal Family have in the past been pretty good at changing with them. But not on this tour. And second chances are these days few and far between.”

If that weren’t enough, royal expert and critic Camilla Tominey added that the Duke and Duchess of Sussex simply need to accept the fact that they are “not emperors.” She said, “The days of us accepting royals, walking around foreign climbs, not addressing the elephant in the room which is our imperialism and colonial past is over. William and Kate of course have to accept some of the dissent that they encounter when they go on these tours… The truth of the matter is, because of the Queen’s performance on the throne and her solid support of Commonwealth Countries, she remains sacrosanct. Are there going to be more countries flirting with republicanism when we have King Charles III on the throne? Well, yes, maybe.”

Days of Our Lives Spoilers: Should Jordi Vilasuso Make The Switch To Salem?

The Young and the Restless Spoilers: Fans Urging Producers To Replace Jordi Vilasuso With Doug Davidson