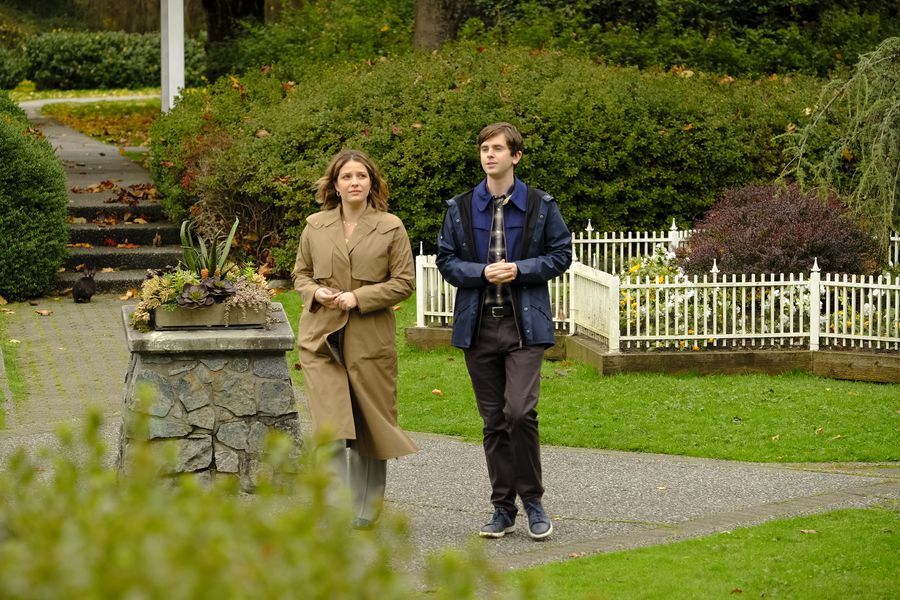 The Good Doctor season 5, episode 7 will be the winter finale of the ABC series.  We have the scoop of what is going down below. Make sure to check out the photos and promo for the episode and let us know what you think!

Did you watch season 5 episode 6 of The Good Doctor?  If you missed it we have you covered here with a nifty recap, HERE!

Synopsis of The Good Doctor season 5 episode 7 as per the ABC synopsis, “After visiting a possible wedding venue, Shaun and Lea happen upon a terrible car accident and discover Alma (Natalee Linez), a young pregnant mother who has been badly injured and needs immediate medical attention. Back at St. Bonaventure, Alma’s condition worsens, and Shaun and Drs. Lim and Jordan are forced to deliver the baby prematurely. Meanwhile, Dr. Glassman is apprehensive when a figure from his past reaches out for help.”

The episode “Expired” was written by Mark Rozeman and Jim Adler, and directed by Mike Listo.

Be sure to catch up on everything happening with Television right now. Come back here often for The Good Doctor spoilers, news, and updates.

The Young and the Restless Comings and Goings: Unexpected Dinner Guests For Phyllis?

Days of Our Lives Spoilers: Who Does Xander Love More? Paul…