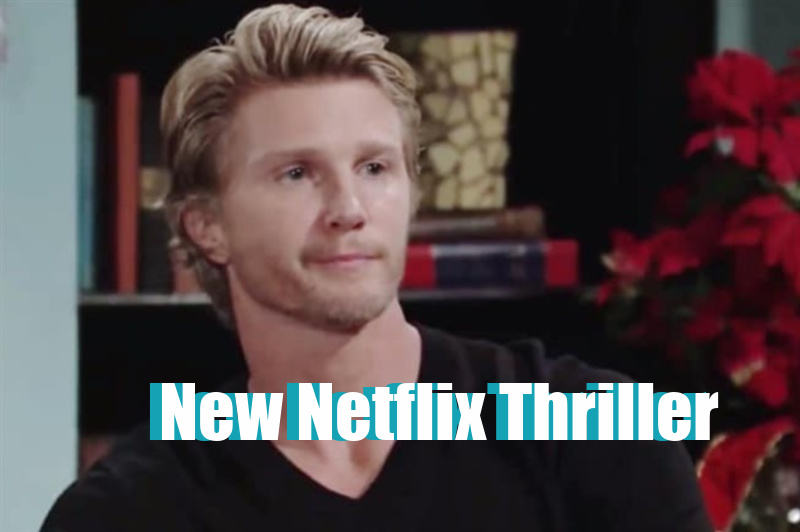 The Young and The Restless (Y&R) spoilers and updates tease that Thad Luckinbill has landed a role in an upcoming thriller on Netflix. The movie, titled Reptile, will be the first feature film of director Grant Singer.

Aside from playing the role of J.T. Hellstrom on The Young and the Restless, Luckinbill’s acting credits include 12 Strong, Only the Brave, Nikita, and 8 Simple Rules.

There’s no update yet as to what character Luckinbill will be playing. But it was announced that he’ll be working with Mike Pniewski of Hightown, Sky Ferreira of Lords of Chaos, James Devoti of The Walking Dead, and Michael Beasley of Escape at Dannemora in Netflix’s crime thriller. Other cast members include Catherine Dyer, Matilda Lutz, Benicio Del Toro, Alicia Silverstone, Justin Timberlake, Michael Pitt, and Ato Essandoh.

The movie follows the story of the brutal murder of a young real estate agent and a hardened detective’s quest to solve the case while facing his own personal issues in life.

Meanwhile, Nick Newman (Joshua Morrow) won’t agree with his father’s efforts to defend Ashland and make sure that Gaines has been dealt with once and for all. Nick will have some harsh words for Victor Newman (Eric Braeden) and Adam Newman (Mark Grossman). Nikki Newman (Melody Thomas Scott) tries to ease the tension between the father and the son but to no avail.

As for Sally Spectra (Courtney Hope), she’ll witness a special moment between Jack Abbott (Peter Bergman) and Phyllis Summers (Michelle Stafford). She always thought that something’s going on between the two and she may have just found an excellent weapon against Phyllis.

Chloe Mitchell (Elizabeth Hendrickson) will have to explain to Lauren Baldwin (Tracey E. Bregman) about the wedding dress swap incident while Sally is away. Meanwhile, Tessa Porter (Cait Fairbanks) will reconnect with Mariah Copeland (Camryn Grimes) when she returns from her trip to Tuscany. They’ll share some tender moments but they’ll eventually end up arguing when Mariah finds out that Tessa told Noah Newman (Rory Gibson) about their issues.

Bernice Emanuel Jan 2, 2023
The Bold and The Beautiful

Bernice Emanuel Aug 29, 2022
The Bold and The Beautiful