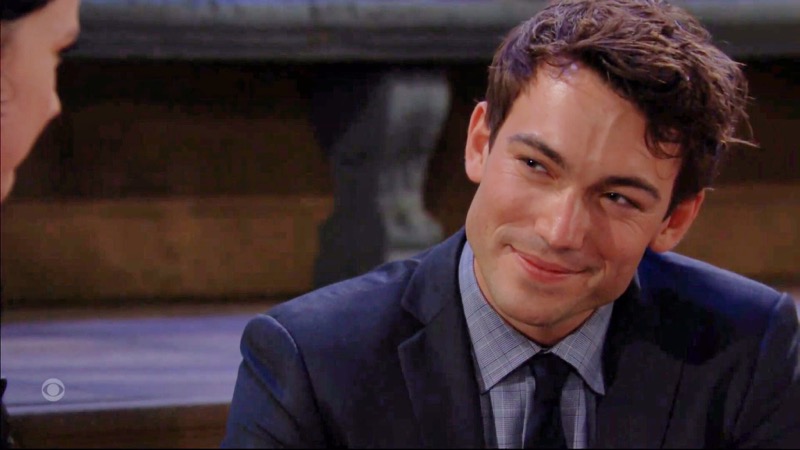 The Young and The Restless spoilers and updates tease the former lovers spent some time together in Tuscany as Victoria prepared for her wedding. Viewers are expressing concern that the duo could get back together break Mariah’s heart.

The Young And The Restless Spoilers – There Is Trouble In Paradise

Tessa Porter (Cait Fairbanks) and Mariah Copeland (Cameron Grimes) have been having difficulties in their relationship ever since Mariah gave birth to Dominic Chancellor. All soap couples go through drama that tears them apart but “Messa” has not dealt with anything serious until now. Noah’s return adds a new wrinkle to the situation because he was dating Tessa when she fell for his sister. Some fans have been saying on social media that they don’t want the only gay couple on the soap to break up and neither do they desire to see Noah Newman (Rory Gibson) reconnect with his former lover.

Other Y&R viewers say that Noah and Tessa had chemistry as they were talking and these fans would like to see them reunite. Practically all the main characters on the CBS soap have gone back to ex-lovers or spouses so Noah and Tessa getting back together is to be expected. Noah’s heart was broken when his sister betrayed him and he would not hurt Mariah on purpose but he and Tessa might not be able to help themselves.

On Thursday’s Y&R episode Noah says there is no place like home and decides to return to Genoa City. Prior to the wedding, he met Sally Spectra (Courtney Hope) who was intrigued that he is Summer Newman Abbott’s (Hunter King) brother. Some fans of the show are wondering if Sally will make a play for Adam Newman’s (Mark Grossman) nephew but most believe Noah will break up Tessa and Mariah. Spoilers have not revealed anything about Noah’s future but viewers know he is back for a reason.

Y&R Spoilers – Mariah’s Mental Health May Be A Problem

Mariah is dealing with postpartum depression and separation anxiety and believes Tessa should immediately give them a baby to replace Dominic. In her present state of mind, she might suggest that her brother be a sperm donor so Tessa can experience giving birth to a child. If her partner and her sibling do fall in love again this could push Mariah over the edge.

One Life To Live Alum Hayden Panettiere Opens Up About Her…