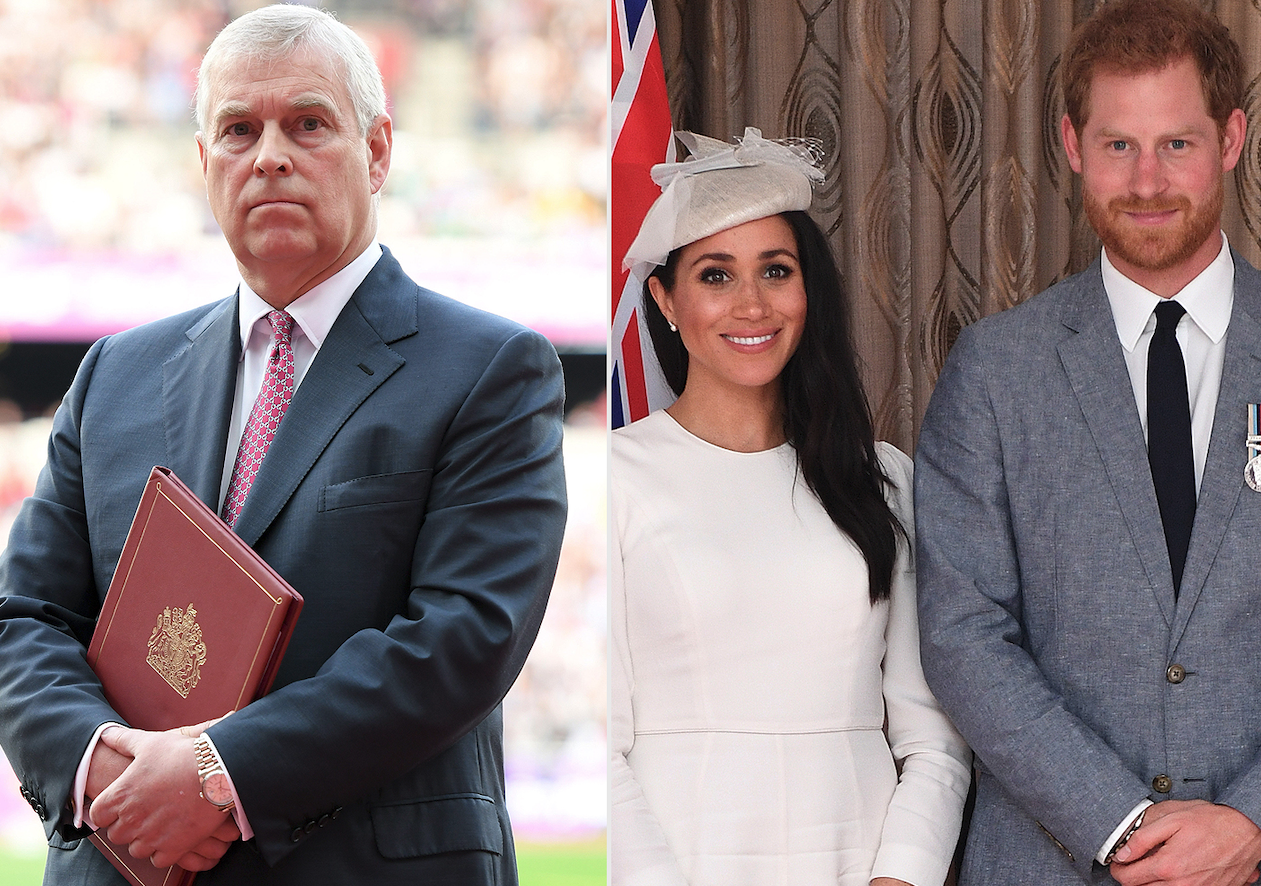 British Royal News say that even though they are yet to do anything illegal in nature, have not paid off anyone for any reason and don’t have any connections to disgraced but also dead financiers, royal sources say that Prince Harry and Meghan Markle are being treated like bigger pariahs than Prince Andrew. Here’s what you need to know.

Royal expert and journalist Dan Wootton wrote in his latest column for the Daily Mail that the Duke and Duchess of Sussex are being treated as though they are below the Duke of York in pecking order at Buckingham Palace, as hard as that might be to believe.

One source close to the situation even said, “Prince Andrew is less of a pariah than Harry and Meghan as far as the family are concerned. The public might be surprised, but within the family it is seen as if he didn’t do anything wrong. They have to believe that.”

And even though Prince Andrew has been accused of sexual assault, it’s the fact that Harry and Meghan went on television to broadcast all of their grievances with Oprah Winfrey last year that has the royals and their panties tied up in a bunch. Apparently, Prince Charles and Prince William have every reason not to trust Harry and Meghan and that’s why they are keeping their distance away from them.

British Royal News: Harry And Meghan Are Being Treated Like They Are Worse Than Andrew

Wootton added, “I’m told Prince Charles and Prince William have made it known that they simply will no longer countenance even the smallest detail of their complex family relationships being used as fodder for US stars, after revelations by both Oprah Winfrey and Gayle King on US network CBS about private conversations between the senior royals caused fury.”

So far both Prince Harry and Meghan Markle have not made any comments about any of the criticism although at this point it’s doubtful that anything will be said.

Taylor Hancen Rios Dec 26, 2021
The Young and The Restless

Days of Our Lives Spoilers: Here’s The Truth About Billy…

Bernice Emanuel Mar 9, 2022
The Bold and The Beautiful