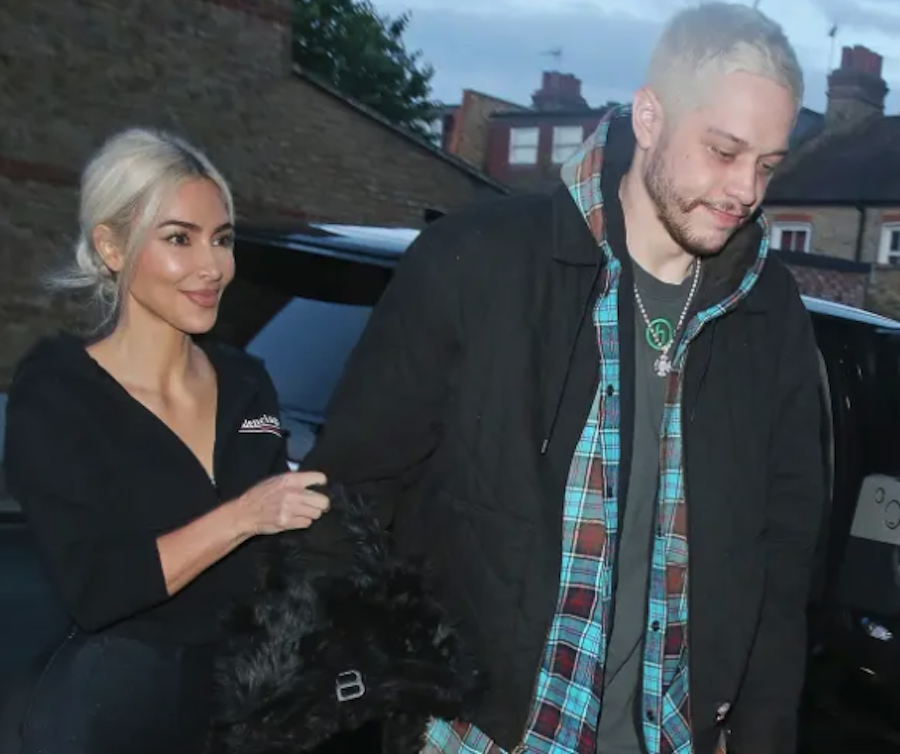 She might be one of the biggest reality stars in the world, but that doesn’t mean she gets to party with the Queen of England. There are new reports that say Kim Kardashian and Pete Davidson were both denied tickets to Queen Elizabeth’s Platinum Jubilee celebrations. Oops. Here’s what you need to know.

While Kim and Pete are in London for all of the jubilee parties, reports say that the couple were turned down by both the Palace as well as the BBC. That’s right – Kim got refused twice in a row.

One source close to the situation said, “Kim Kardashian wanted tickets for her and Pete Davidson to attend Trooping the Colour.”

“The Queen’s birthday parade was the hottest ticket in town … But they were turned down as all the tickets had gone to family members of servicemen and military VIPs,” said the insider, per The Sun. “There are some tickets you just can’t buy,” the source said, insisting that the royal family does not “need American reality TV stars. The biggest celebrities in the world are already there — the British Royal Family.”

British Royal News: Kim’s Not On The VIP List Either

That said, the insider added that Kim suffered similar humiliation when she tried to get Platinum Party at the Palace tickets for Saturday, and was still denied even though she supposedly said that she didn’t need VIP tickets.

“Kim rarely gets turned down to attend any event, so this has been quite surprising, especially as she doesn’t visit the UK often,” the paper’s source said. “Kim and Pete love the Royal Family and really wanted to be a part of this special celebration.”

Well, if there are two people that are going to party with the royals, it’s Prince Harry and Meghan Markle, who probably also aren’t considered VIP’s these days, either. Now, whether or not Pete and Kim stay in London for the rest of the jubilee celebrations remains to be seen. So far Buckingham Palace has not made any additional comments about the matter.

General Hospital Spoilers: Here’s What’s Next For Rory And…