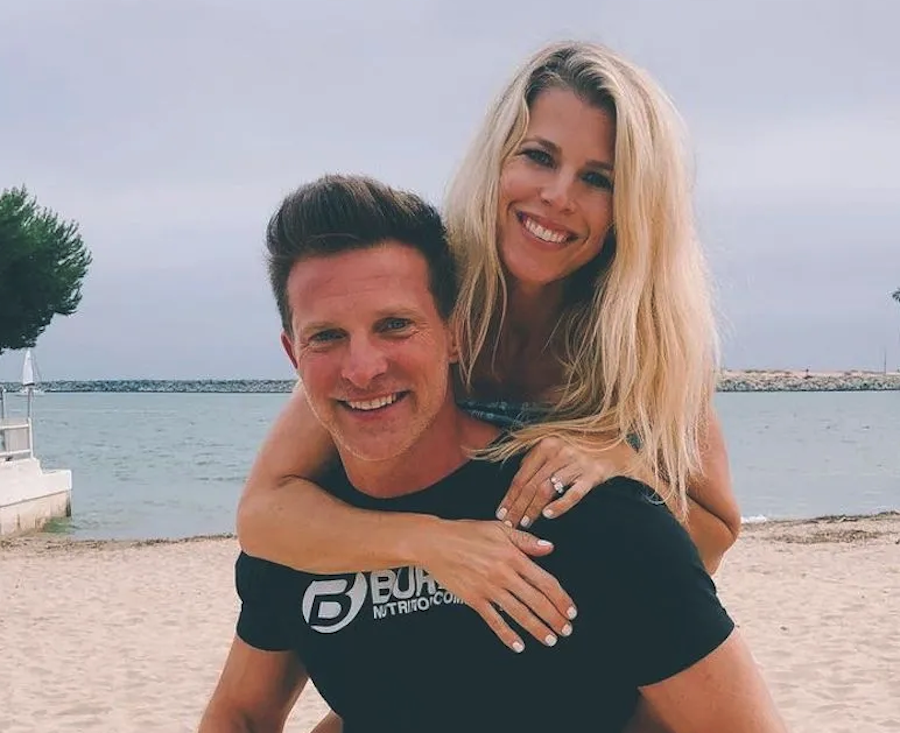 General Hospital news say that Steve Burton (ex-Jason Morgan) is getting slammed from all different directions for posting about his presumably ex-wife Sheree Burton’s pregnancy online. That’s because there seemed to be some confusion when Sheree posted a photo of her baby bump before taking her Instagram Story down. Here’s what you need to know.

Sheree is pregnant with her fourth child, but Steve is not the baby daddy. The former General Hospital star confirmed that they are separated, but has not stated how long they’ve been separated and how far along Sheree is in her pregnancy, either. In an Instagram story, he wrote, “I wanted to clear something up. Sheree and I are separated. She recently announced that she is expecting her 4th child. The child is not mine. We are still co-parenting our three beautiful kids. We would appreciate privacy at this time. Much luv, Steve.”

Of course, it didn’t take long at all for both Steve’s fans and critics alike to weigh in on the matter. There are some fans out there who believe that Steve could have left this announcement for Sheree to make. Some comments on Twitter have included, “I always hate when people put out statements like, ‘We are still co-parenting blah, blah.’ …Like my first instinct when someone is cheated on isn’t that their parenting responsibilities go to the wayside. Like, I certainly hope you’re still co-parenting,” along with, “Steve is trash. He shouldve said how long they were separated bc he should’ve known his rabid ass fans would attack the woman. Looking at his posts, they very well could’ve been separated for months. Last post w her was 4/2021… and looking liked they liked each other, 10/2020.”

General Hospital News: Did Steve Do The Right Thing?

So far neither Steve nor Sheree have made any additional comments about the matter. That said, Sheree also hasn’t revealed who the father of her fourth child is.

Days of Our Lives Spoilers: Victoria Konefal Says That Fans Are About To See A Different Side To Ciara

Days of Our Lives Spoilers: Ron Carlivati Promises The Devil Storyline Is Almost Over

The Bold and the Beautiful Spoilers: Carter Needs A Woman…