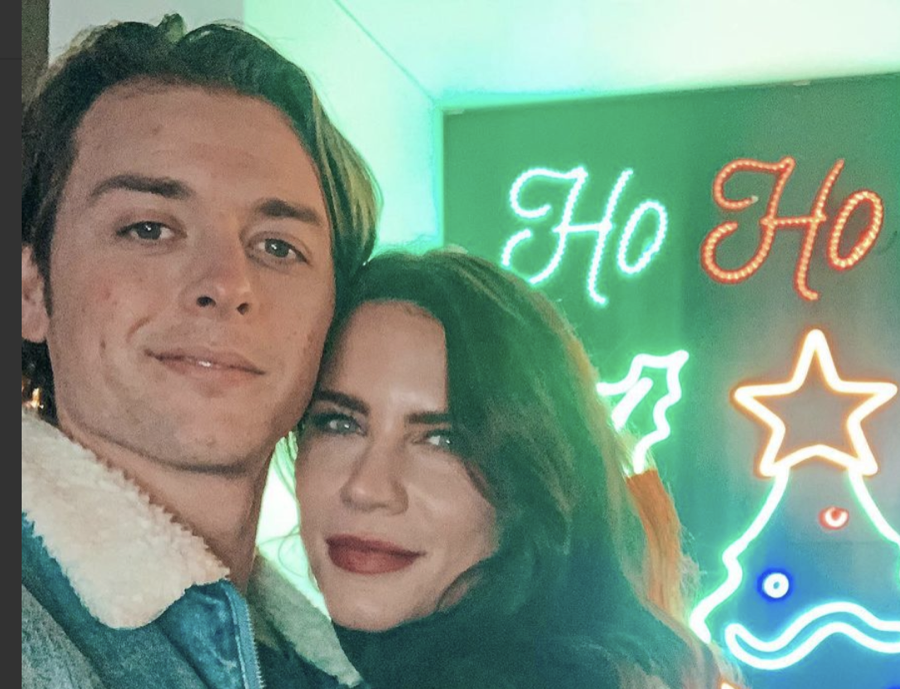 General Hospital star Chad Duell and The Young and the Restless star Courtney Hope have called it quits just eight weeks after tying the knot in a most unusual wedding they called “Till Death Do Us Part”.

Hope and Duell had been dating and cohabitating for five years before becoming engaged earlier this year. They finally wed on October 23 in what can only be described as a Halloween wedding where the bride and groom wore black and red and the guests were all supposed to arrive in Steampunk gothic attire.

When they wed, Katherine Kelly Lang posted a video of the pair dancing after the ceremony with the caption:

“Congratulations to this beautiful couple! I am so happy for you both @thecourtneyhope and @duelly … you are both special people❤️❤️ And the best wedding ever! The music, the setting, the vibes, the vows, the theme, the people, friends and family, the love😃👍👏🏻👏🏻👏🏻FANTASTIC!!! Love you! #teamdope #steampunkwedding

With such an elaborate and public wedding after five years of togetherness, one would think the marriage would last more than six weeks, but alas it was not meant to be.

On their respective soaps, Hope and Duell are never without their fair share of romance angst. Michael Corinthos might find himself losing Willow soon, as she begins to realize Michael is not the man she thought he was on General Hospital.

The Bold and the Beautiful Spoilers: Does Krista Allen (Taylor Hayes) Need A New Wig? Fans Sound Off

Bernice Emanuel Aug 9, 2022
The Bold and The Beautiful

The Bold and the Beautiful Spoilers: Ridge Explodes, Finds…

Taylor Hancen Rios Nov 21, 2021
The Young and The Restless