The Young and the Restless Spoilers: Adam Slithers Around Genoa City – Chelsea Up To The Challenge 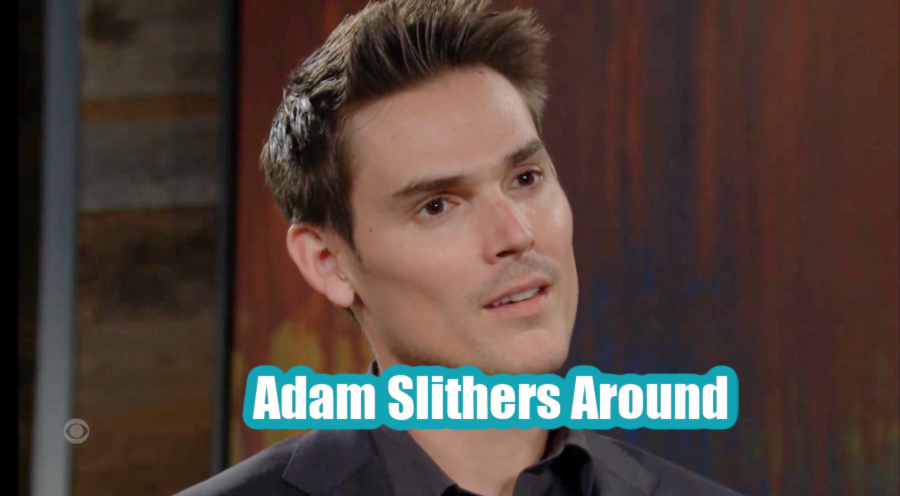 The Young and the Restless (Y&R)  spoilers document that Adam Newman (Mark Grossman) is quite the guy. He decided to end Chadam while Chelsea Lawson (Melissa Claire Egan) was in Minnesota helping her mother recover from multiple falls.

Adam also made decisions about Chadam’s son, Connor Newman (Judah Mackey), knowing that Chelsea was in no legal, mental, or physical position to stop him. Of course, Adam was responsible for Chelsea’s predicament and took full advantage of that opportunity.

Young And The Restless Spoilers – Chelsea Lawson Had To Leave GC

Readers of this site know that Egan gave birth earlier this year. She and her husband, Matt Katrosar (who made a few side character appearances on Y&R, both of which involved Chelsea), welcomed a bouncing baby boy, Caden Robert Katrosar, into the world in August.

Egan filmed some advanced scenes before taking maternity leave. Doing so allowed Chelsea to remain part of the show for a while after Egan’s character was written off to Minnesota, where she has been caring for Anita Lawson (Catherine Bach).

A video chat was recently shown. It was intended to pave the way for Chelsea’s comeback to Genoa City, Wisconsin.

Young And The Restless Spoilers – Rebounding From Personal Difficulties

Adam paid a goon (The first of Matt Katrosar’s roles, with the other being when he played the emergency medical technician who aided Chelsea during the stroke period) to kidnap Egan’s alter ego. Grossman’s character did so because Chelsea saw him looking at the schematics of the Newman Enterprises building.

Chelsea had a stroke shortly after the kidnapping that left her mostly paralyzed and unable to speak. Egan delivered outstanding performances, as Chelsea could only communicate through eye movements and guttural sounds.

Egan’s character went mad during her recovery period and poisoned Rey Rosales (Jordi Vilasuso) in an attempt to frame Adam. Chelsea eventually admitted all to Victor Newman (Eric Braeden), who forced her to also tell the authorities. She was put in a mental health facility and then was allowed to be with Anita under a supervised release program.

Young And The Restless Spoilers – Meanwhile, In Adam Newman’s World

Chelsea endured a tortuous period. She likely would have been living out a normal life if it were not for Adam’s actions and behavior.

Adam is not constantly seeking revenge, as he was in recent years. But he has allowed himself to be drawn into his father’s lair, where underhanded business and personal tactics, mostly aimed at Billy Abbott (Jason Thompson), are playing out.

Chelsea regrets being used by Victor to target Billy when he was living in Asia. As a result, Johnny Abbott (Holden and Ryan Hare) was born.

It is reasonable to believe that Chelsea will clash with Adam when she reappears in GC. Chelsea and Billy could combine their efforts and target Adam shortly after her imminent return.

The Bold and the Beautiful Spoilers: Steffy Unleashes Her…

Bernice Emanuel Nov 27, 2021
The Young and The Restless

The Bold and the Beautiful Spoilers: Brooke Does The Dirty…