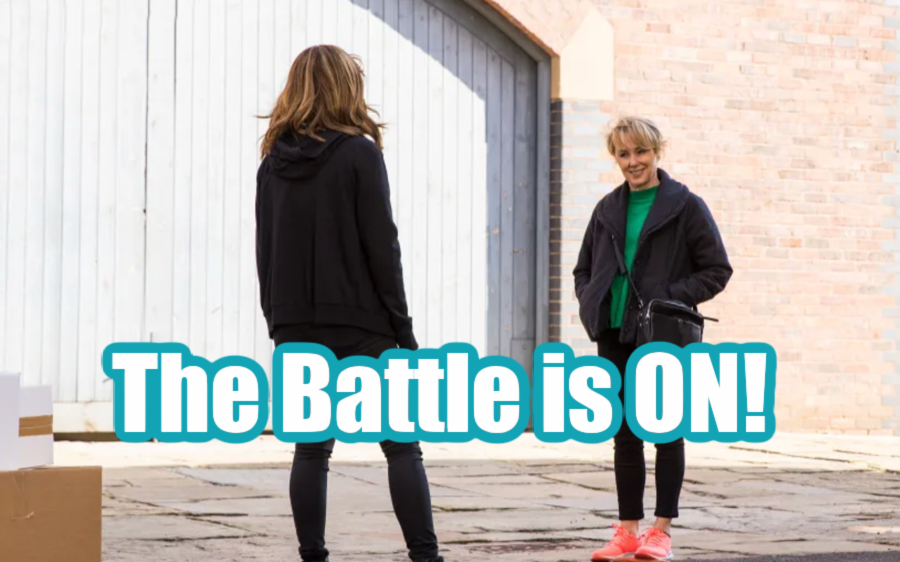 Coronation Street Spoilers hint that Maria Connor (Samira Longchambon) and Sally Metcalfe (Sally Dynevor) will bump heads with each other over a position in the local council. Viewers have seen Sally try to clear up the parking situation for the residents of Weatherfield as the parking situation got worse.

Sally came with idea that they should impliment resident parking permits in order to try and reduce the traffic that is building up outside their homes. During this time, she was reminded of her time in politics. It seems that she may have found their passion and this may lead her to want to get back into it. However, it seems that she will run into some problems with a local resident who has a similar idea in mind and this will be Maria Connor.

The rivalry between the two will start as the pair decide to run for the local council. In a few scenes that will be aired next week, Maria will be pushed towards politics as she is having a chat with Gary Windass (Mikey North). He admits that the council is thinking about bulldozing the playing fields at the Red Rec as they want to build a new road in the place playing field. Maria goes on to complain about it to Sally.

Sally in return promises that she will find out what she can do about the plans to bulldoze the playing field. She later looks into the council’s plans for the new bypass and decides to warn Maria that they have no chance of stopping it from happening. However, Maria does not want to give up and decides that she will meet up with a reporter from the Gazette.

Maria later organizes a demonstration outside of the council building with the support of some of the other residents. They later run into Phill Whittaker tells them that he is part of the planning committee and Craig Tinker tries to shut down the protest. The reporter from the Gazette arrives and gets an exclusive from Maria. Sally later learns that Maria is running for council and tells Maria that she doesn’t know anything about politics. The two bump heads when Sally says that she will be standing in local council elections. With Fiz and Phil standing behind Maria, will Sally be able to stand a chance?

Bernice Emanuel Jan 9, 2023
The Bold and The Beautiful

The Bold and the Beautiful Spoilers: Sheila Carter Is Going…