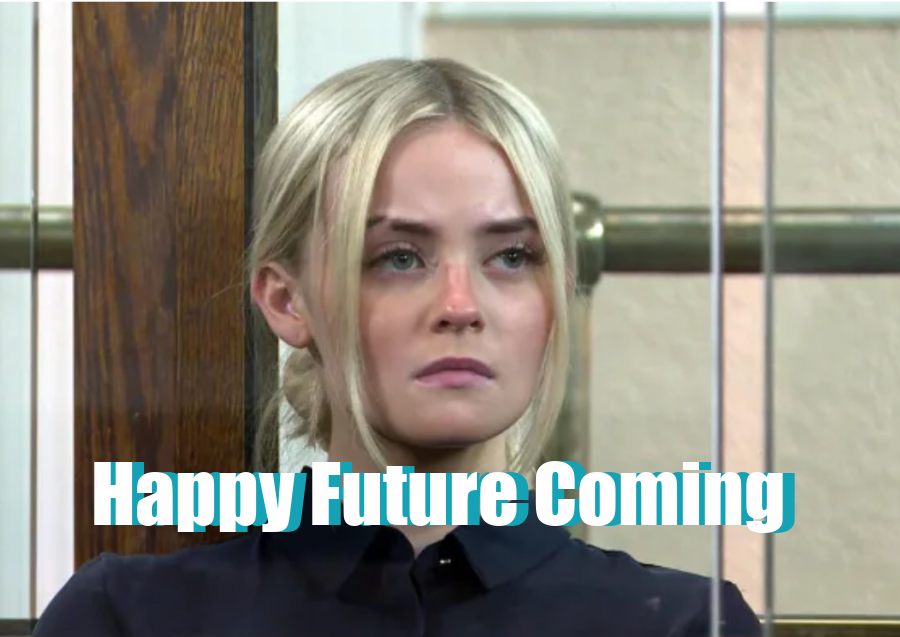 Coronation Street Spoilers hints that Kelly Neelan (Millie Gibson) may have some happy moments waiting for her in upcoming episodes. Kelly has been having a hard time recently with her being accused of a crime she did not commit and being charged with the murder of Seb Franklin (Harry Visinoni). Although everyone knows that the true killer is Corey Brent (Maximus Evans) with him even admitting it in a recent episode. Kelly still does not know about her father’s death but has been told different things.

In an interview with Millie Gibson, she talked about how she would love to see Kelly embark on a happier future and to build a good life for herself after all the trouble she has been in. She went on to say, “Hopefully she can start to repair everything she’s lost. Trouble might follow her around for a while, but I want her to learn from her mistakes. And I want happier scenes too – because I’m tired of crying all the time!”

She talked about the idea of Kelly finding a love interest in the future but says that she should not worry about dating right now. As her character is not in the right place at the moment for it. “I don’t think Kelly needs a boyfriend. She’s a strong, independent woman. Kelly has a strange complex about men. She had issues with her father, and I think that impacts on the relationships with other men in her life.”

“When a man turns up, Kelly is always fighting for their attention and then bad things happen – like with Corey. I think Kelly needs to repair herself before she starts trying to love someone else.”

She went on to talk about which character she wants to see Kelly in more scenes with. “My current storyline has had a lot to do with Sally Carman’s character, Abi (Franklin), but we’ve never had direct scenes together. So I’d love to do more with her.” She went on to say, “Another person I’d love to work with is Sally Ann Matthews (Who plays Jenny Connor). I’ve picked all the feisty women on the show!”

“I remember watching a lot when I was really little. And I really loved Maria (Connor) – I think it was because she’s gorgeous. She always looked fabulous, so it was me looking up to her when I was younger. I’m hoping for some scenes with Samia (Longchambon) in the future…”

The Bold and the Beautiful Spoilers: Thorsten Kaye Opens Up…

The Bold and the Beautiful Spoilers: Did Ingo Rademacher…