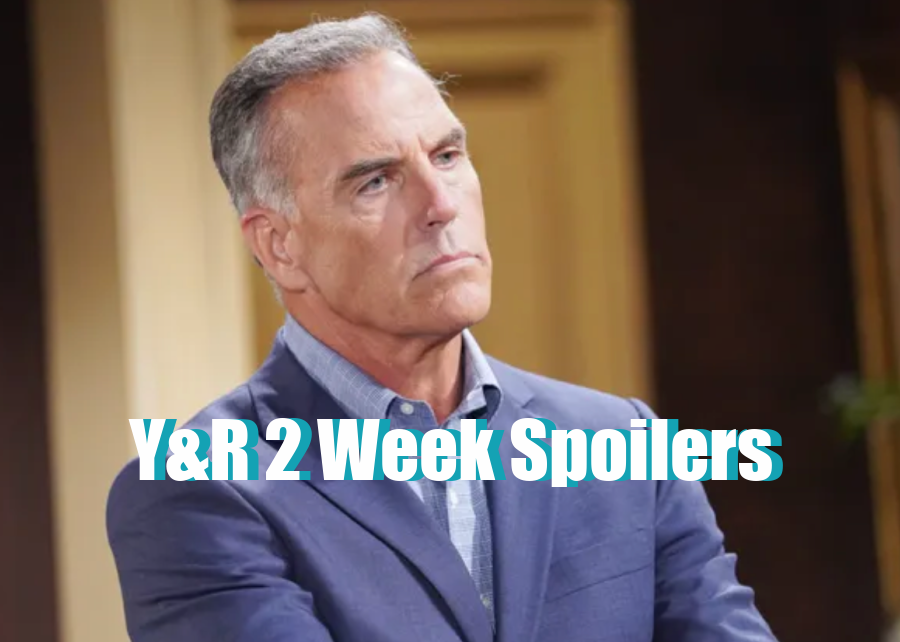 The Young and The Restless spoilers for the next two weeks tease that Abby Chancellor (Melissa Ordway) will suffer a crisis, Phyllis Summers (Michelle Stafford) will have Nick Newman (Joshua Morrow) troubles, Victor Newman (Eric Braeden) will support his daughter, and Mariah Copeland (Camryn Grimes) will stick to her guns! This and more will happen on The Young and The Restless during the weeks of October 25-29 and November 1-5!

The Young And The Restless – Abby’s Chancellor’s Crisis

During the week of October 25-29 on The Young and The Restless, Abby will suffer a crisis and her whole world will fall apart when Chance Chancellor (last played by Donny Boaz) is presumed dead! Abby will fall apart as well, and her mother, Ashley Abbott (Eileen Davidson) and close friends Devon Hamilton, (Bryton James) Tessa Porter (Cait Fairbanks) and Mariah Copeland (Camryn Grimes) will gather around her to try and help as best they can. Christine Blair (Lauralee Bell) will deliver horrible news and a photo of the scene where Chance apparently was caught in an explosion caused by a bomb will make Abby collapse!

Later, Ashley and Christine will agree to keep some new intel on Chance a secret to avoid destroying an already fragile Abby! Phyllis Summers will have Nick Newman troubles, and she’ll feel like he’s being irresponsible. All she ever hears from him is complain, complain, complain about every negative, but realistic, word she says about his family and she won’t know how to support him! Viewers of The Young and The Restless can imagine that Nick’s constant complaints will wear quickly on Phyllis’ nerves!

The Young And The Restless Spoilers – Jack Abbott’s Advice

Also during the week of October 25-29 on The Young and The Restless, Jack Abbott (Peter Bergman) will continue to give Phyllis advice when she cries on his supportive shoulder about her problems with Nick. Viewers of The Young and The Restless know the worst thing one can do is complain to an ex-lover about a current lover or spouse, but that’s what she’ll keep doing. Phyllis will take Jack’s well-meaning words to heart, but will still fight with Nick repeatedly, and he won’t like it when she delivers the reality of the situation to him, by that point driven to harshness with him!

She’s not the only one with problems, however, as Amanda Sinclair (Mishael Morgan) also has a dilemma to deal with. Her grandfather Sutton Ames (Jack Landron) is coming up for trial and Amanda is still choked up over what really happened to her birth father. She’ll agree to testify at his trial – for the prosecution! Meanwhile, her birth mother and half-sister Naya Benedict (Ptosha Storey) and Imani Benedict (Leigh-Ann Rose) may not approve, and Amanda could risk losing them if she testifies against Sutton, so she may back out!

During the week of October 25-29 on The Young and The Restless, Billy Abbott (Jason Thompson) will turn to Rey Rosales (Jordi Vilasuso) for help taking down Adam Newman (Mark Grossman)! Billy knows that Rey hates Adam every bit as much as he does, and has a very willing partner in this takedown. But what Billy doesn’t realize is that this Jesse Gaines (Jamison Jones) guy he trusts is an ace in the hole is really a trap – and Victor Newman (Eric Braeden) will take advantage of Gaines as part of his plan to destroy ChancComm and Billy Boy with it!

He’ll team up with Adam and Ashland Locke (Richard Burgi) to make Billy pay! Meanwhile, wind of this takedown will reach Sharon Rosales (Sharon Case) who will support Adam, and she’ll be really upset when she finds out Rey is a part of this plot. But Billy Boy will keep at it and even ask his ex-wife Victoria Newman Locke (Amelia Heinle) to help! Longtime viewers of The Young and The Restless know that Victoria will not have a problem helping when it comes to taking down Adam!

The Young And The Restless – Ashland Locke Seeks A Second Opinion

Also during the week of October 25-29, viewers of The Young and The Restless will see Ashland seek a second opinion from Dr. Nate Hastings (Sean Dominic) when his cancer symptoms worsen. Viewers of The Young and The Restless will recall that Ashland was having difficulties breathing before his wedding, and Nate had been concerned. Sharon knows that her son Noah Newman (Rory Gibson) didn’t just pull up stakes in London, Great Britain where he had a very good career going to come back to Genoa City over nothing, so she will use her best maternal interrogation skills to find out what is really going on! Noah was very vague when he mentioned having had a relationship with a woman who apparently rejected him and hurt him to the point of leaving and coming home to Tessa Porter, and in fact he spoke of it as if he were telling a story! Sharon will make it her mission to get to the bottom of what’s really going on with her son!

The Young And The Restless Spoilers – Victor Newman Supports His Daughter

During the week of November 1-5 on The Young and The Restless, Victor will step up to help Ashley support their grieving daughter Abby as she endures an emotional and physical collapse upon presumed proof that her husband Chance is dead! Devon will also step in and possibly have better luck than Abby’s parents, since he has a way of knowing just what to say – plus, he has been widowed suddenly when Hilary Hamilton (Mishael Morgan) died so that’s another big plus. You can’t know what a person is really going through unless you’ve walked in their shoes!

Sharon also will confide in Devon, as what she finds out about Noah apparently is huge and she’s very hurt for her son over it. Meanwhile, Jack will lend his shoulder and sympathetic ear to Nikki Newman (Melody Thomas Scott), likely over the dysfunction in her family that has separated siblings Victoria and Nick, and Nick’s feud with the rest. He hasn’t even reached out to Abby! Mariah will stick to her guns regarding putting off trying for a new baby with Tessa, although she will likely step in to help with baby Dominic if she’s assured it’s okay to do so. Mariah may also encourage her half-brother Noah to let out what he’s holding in about his heartbreak.

The Bold and the Beautiful Spoilers Next Two Weeks: Catfight Erupts, A Fauxmance, Explosive Secret Revealed

Bernice Emanuel Sep 22, 2022
The Bold and The Beautiful

Bernice Emanuel Nov 20, 2022
The Young and The Restless

The Young and the Restless Spoilers: Devon Wants His Sister…