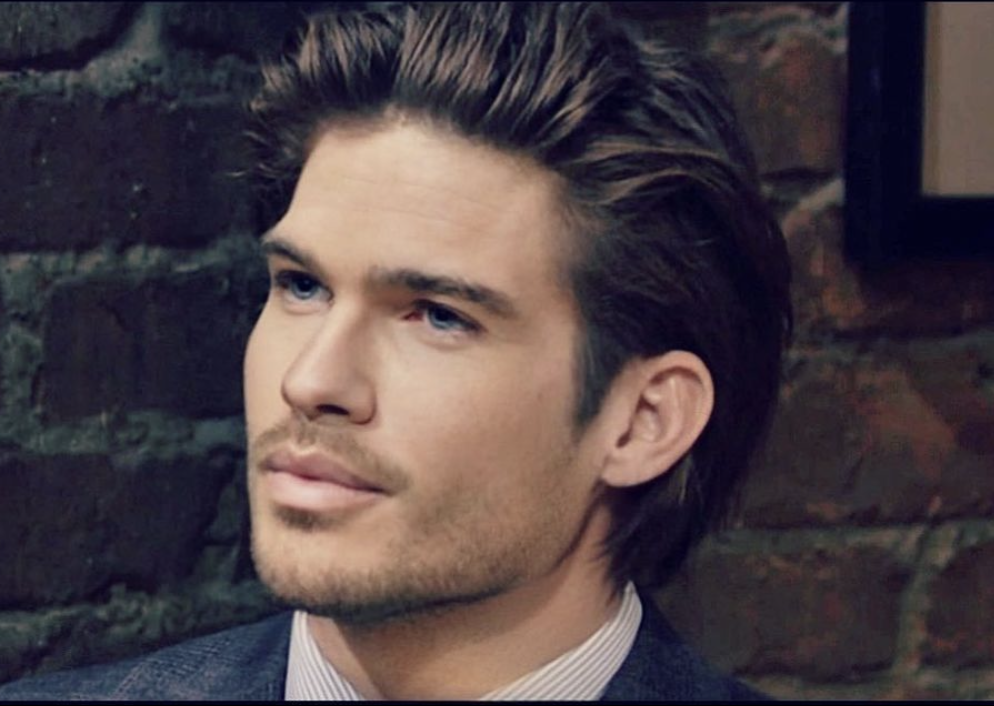 The Young and the Restless (Y&R) spoilers and updates tease that Tyler Johnson, who played Theo Vanderway on the soap, has joined the cast of a new film titled My Favorite Girlfriend. The actor is extremely excited about his new project.

Tyler Johnson has shared a lot of posts on Instagram about his new project. He said the cast and crew as “amazing” people in a post where they celebrated the end of the movie’s production. It featured a photo of a large group of people, who all worked together to create the new movie.

Nothing much is known about the movie’s plot but there have been announcements as to who will star in the film. A few of the cast members include Bonnie Piesse, Michael Nouri, and Ray Abruzzo. Meanwhile, Johnson will play the role of Conrad.

The new film is penned and directed by Amanda Raymond, who’s also helmed, penned, and produced the hit Netflix holiday movie titled You are My Home in 2020.

A few days before the end of production, Johnson shared a photo of him, Rosas, and Abruzzo sitting on the steps of their dressing room trailer. Johnson’s fans quickly commented on his post including Raymond. She lauded the trio for their impeccable work on the movie.

“What a lovely bunch,” she said. “Y’all are crushing it on set. I’m so pleased,” she continued.

Johnson was grateful for being part of the movie and said that she created something beautiful. Nobody knows when the movie will be released so fans have to stay tuned for further updates.

The Young and The Restless Spoilers: Mariah Forces Tessa to Go to Italy Alone

The Young and the Restless spoilers hint that Mariah Copeland (Camryn Grimes) will be extremely worried about Dominic Newman-Abbott-Chancellor’s health that she’ll force Tessa Porter (Cait Fairbanks) to take a trip to Italy on her own. If she had a choice, Tessa may probably want to skip the trip too and be with Mariah but she already promised to sing at the wedding of Victoria Newman (Amelia Heinle) and Ashland Locke (Richard Burgi).

As for Victoria, she’ll move on with her nuptials for practical and personal reasons. Plus, Victoria encouraged her to continue the wedding, which may not sit well with Nikki Newman (Melody Thomas Scott).

The Young and the Restless Spoilers: Is Mark Grossman And Courtney Hope’s Chemistry…

The Young and the Restless Spoilers: Sally Is A Bag Of Mixed Emotions Over Adam

The Young and the Restless Spoilers: Jeremy Goes Face To Face With Diane

Bernice Emanuel Dec 14, 2021
The Bold and The Beautiful

Bernice Emanuel Jan 7, 2022
The Bold and The Beautiful

The Bold and the Beautiful Spoilers: Ridge And Taylor Get…

UPDATE: Days of Our Lives Actor James Lastovic Found In…