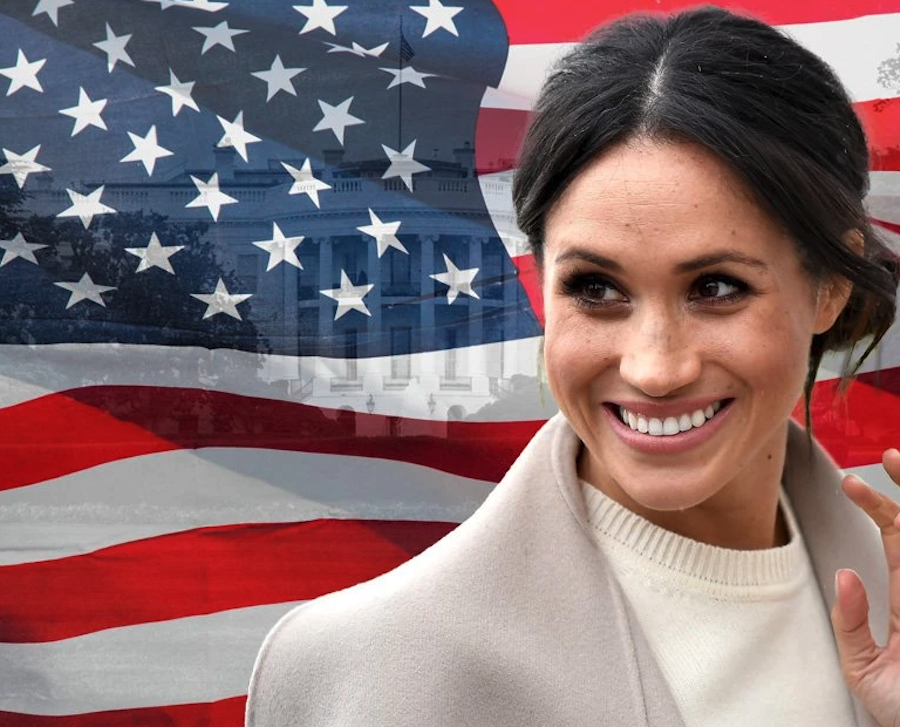 British Royal News suggests that a President Marke might be in America’s future. That’s because there is more and more speculation suggesting that Meghan Markle might be headed to Washington, D.C. as her next stop. Here’s what you need to know.

According to the Daily Beast, the Duchess of Sussex has hinted in her joint interview with Gloria Steinem for Vogue that her next career move might be made in D.C. While speaking out about the Supreme Court’s decision to overturn Roe vs. Wade, Meghan expressed her disappointment in the matter and said, “Well, Gloria, it seems as though you and I will be taking a trip to D.C. together soon.”

Well, whether or not Meghan does make it to D.C. remains to be seen but it looks like the royal rota is convinced that Meghan wants to be the next president of the United States. Dan Wootton of the Daily Mail even wrote, “She’s obsessed with US politics. I think we’re (the Royal Family) now just a stepping stone to something she considers far more important and attractive.”

Of course, many royal fans and critics alike have weighed in on the matter on social media. Many comments included, “Just what the USA needs as President – the woman’s a proven liar, troublemaker, no discernible talent or skill, speaks endlessly without saying anything meaningful. Relies on others to pay her bills. Ideal Democrat candidate,” along with, “Of course she will run for it, now you’ve put the idea in her head. She needs the limelight and I’m afraid Harry’s light is getting dimmer by the day. Political stunt. She needs to be in the news even with outrageous claims.”

And then there was this sarcastic comment, “I’m sure Putin, Zhi and Kim Jong Un will be quaking in their boots before the huge intellect strategic experience and political expertise that is Meghan Markle. It’s the funniest thing I’ve heard for a long time and God knows we all need a laugh right now.”

So far Meghan herself has not made any comments about the claims.

Days of Our Lives Spoilers: Ben And Ciara Prepare To Start A New Life Together

The Young and the Restless Spoilers: Here’s What Viewers…

Bernice Emanuel Dec 1, 2021
The Young and The Restless

The Young and the Restless News: Did Doug Davidson Just Take…