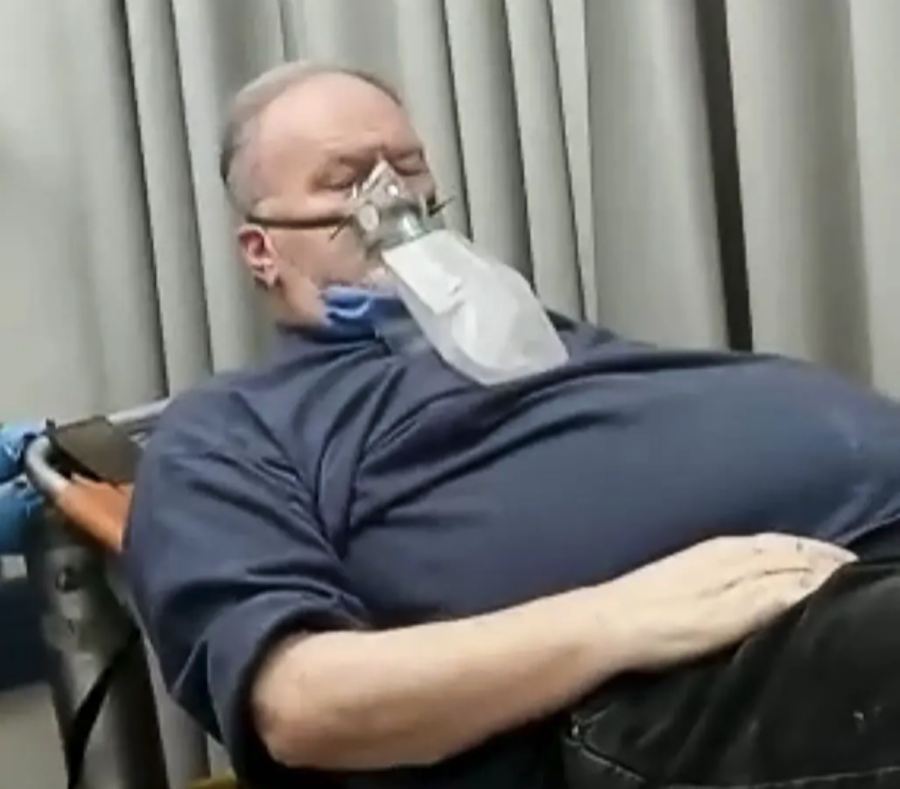 It looks like Meghan Markle is now dealing with even more Markle family drama. There’s a new report that says her estranged father, Thomas Markle, has been rushed to the hospital after suffering from a massive stroke. Meghan has not spoken to her father ever since he failed to show up at her royal wedding to Prince Harry back in 2018. Here’s what you need to know.

According to reports, Thomas was hospitalized on Monday after believing that he had suffered a stroke. The former General Hospital lighting director was photographed being loaded into an ambulance in Tijuana, Mexico, with an oxygen mask strapped across his face. Thomas was transported to a hospital in Chula Vista, Calif., around 9:30 p.m. local time. He reportedly could not speak to paramedics. Meghan’s half sister Samantha Markle released a statement to the Daily Mail that said, “My father is recovering in [the] hospital. We ask for privacy for the family, for his health and wellbeing. He just needs peace and rest.”

She added, “It’s a travesty how much he’s been tortured and how much he’s had to go through thanks to my sister’s disregard the past few years. That is unforgivable.”

It was reported back in April that Thomas was planning to travel to London to meet the royal family. In an interview with GB News’ Dan Wootoon Tonight said that he’ll be flying from his home in Mexico to London in June. While Wootton suggested that this trip could easily “rock” Harry and Meghan, Thomas said that all he wants to do is meet the royal family and of course, finally get to meet his two grandchildren, Archie and Lilibet.

When asked if he would like to meet Prince Charles as well, Thomas said, “I really would and thank him for walking my daughter down the aisle. I think we have a lot in common now. We’ve both been ghosted by our children.”

Days of Our Lives Spoilers: Here’s What You Need To Know…

Bernice Emanuel Feb 1, 2022
The Bold and The Beautiful

The Bold and the Beautiful Star Scott Clifton Wins…