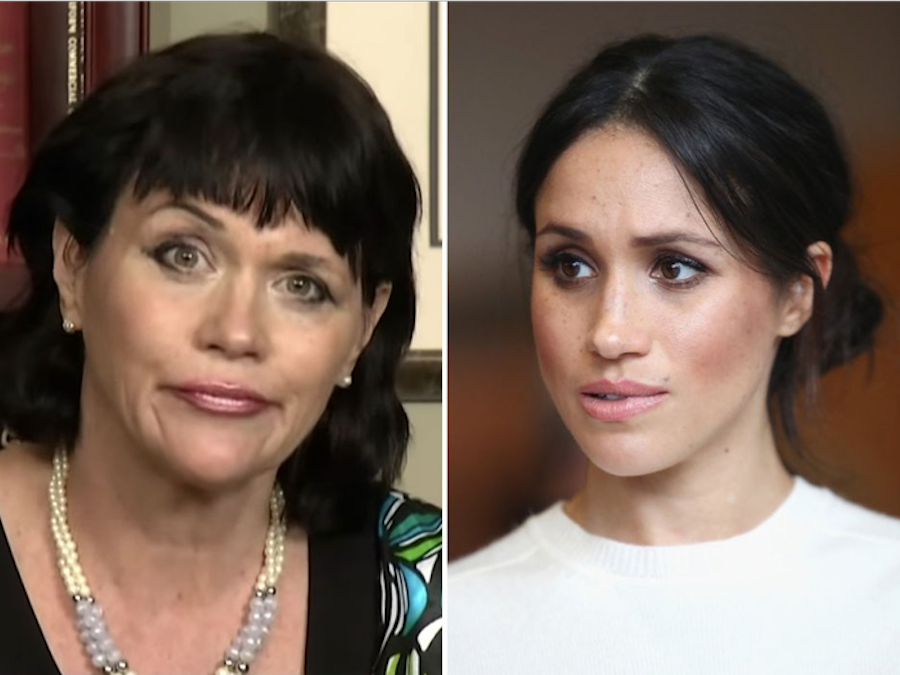 Even though Samantha Markle has not had any contact with Meghan Markle nor has she spoken to her in years, she sure does have a lot to say about her estranged sister and the royal family. This time around Samantha is making a bold claim about Meghan, her husband Prince Harry and the British public. Here’s what you need to know.

According to Samantha, the Duke and Duchess of Sussex and the British public will “never, ever, get back together” again, as once told by Taylor Swift. Because of Megxit and all of the drama that has gone down since then, Samantha thinks that Harry and Meghan will never be welcomed back to Britain ever again.

In an interview with the Daily Star, Samantha put it this way, “I can’t speak for the British people but from what I’ve heard, the pulse of the people is not likely. Their actions against The Royal Family and the racial mudslinging that took place in the media was so hurtful and egregious that you can’t take back the spoken word.”

Samantha added, “It’s one insult after the other and people can only take so much before the impression is solidified. You might be able to forgive but you don’t forget and it makes that inability to forget makes things very awkward and they can never be as cozy as they once were.”

Meanwhile, Samantha has filed a lawsuit against Meghan. According to TMZ, Samantha claims that Meghan has been “trashing her” and spreading lies in order to distance herself from her estranged family even more. Samantha points out that during the interview Meghan claimed to be an “only child” even though she and Samantha share the same father, Thomas Markle, Jr.

So far Meghan herself has not made any comments about the matter, but it’s doubtful that she will. In her interview with Oprah Winfrey, the Duchess of Sussex said that the last time she was in contact with Samantha was during her teenage years and even then, they only saw one another sporadically.

Days of Our Lives Spoilers: Gabi And Li Shin Are Getting Up…

The Young and the Restless Star Doug Davidson Replies To…