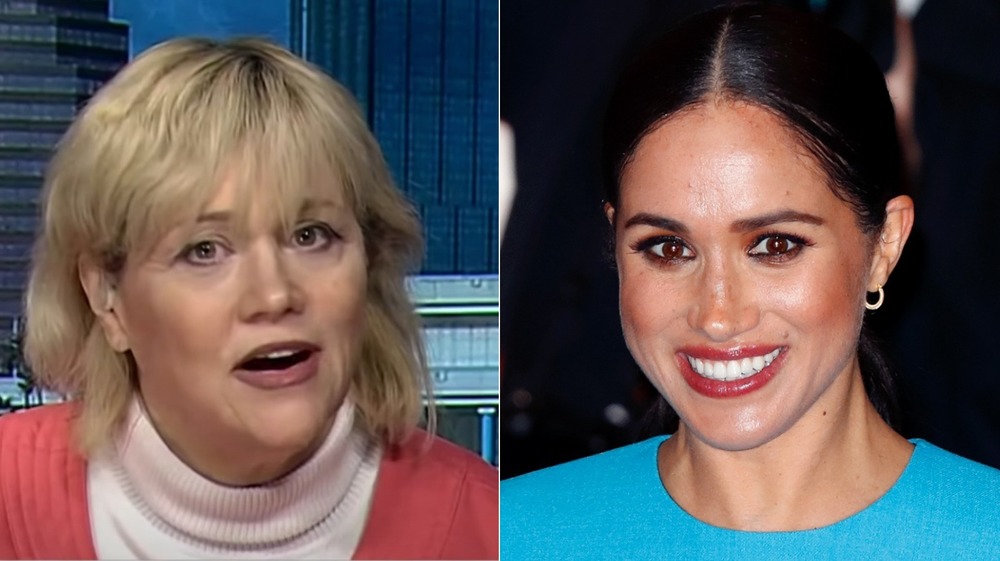 Just when you thought that you haven’t heard from her in a very long time, she suddenly appears in your Twitter feed and in the headlines again. There’s a new report that says Meghan Markle’s half sister Samantha Markle – who she hasn’t personally spoken to in years – has decided to sue her because of all the supposed “lies” she told during her interview with Oprah Winfrey last year. Yes, it’s taken Samantha one year to file a lawsuit against Meghan over an interview that she has absolutely nothing to do with. Here’s what you need to know.

According to TMZ, Samantha claims that Meghan has been “trashing her” and spreading lies in order to distance herself from her estranged family even more. Samantha points out that during the interview Meghan claimed to be an “only child” even though she and Samantha share the same father, Thomas Markle, Jr.

Many royal fans and critics alike also took to social media to write, “A bitter, twisted, jealous individual. I just thank the Lord that Meghan’s maternal black side that isn’t like that because she would get dragged even more by the racists and would end up in another planet,” along with, “This is the British media trying to revive the million dollar Meghan Markle economy. I bet daily fail is behind this. They really profited and trended daily for bashing Meghan.”

British Royal News: Here’s Why No One Can Shake Off Samantha…

Bernice Emanuel Sep 16, 2022
The Bold and The Beautiful

The Bold and the Beautiful: Ridge Is None Too Happy When He…

Bernice Emanuel Sep 19, 2022
The Young and The Restless