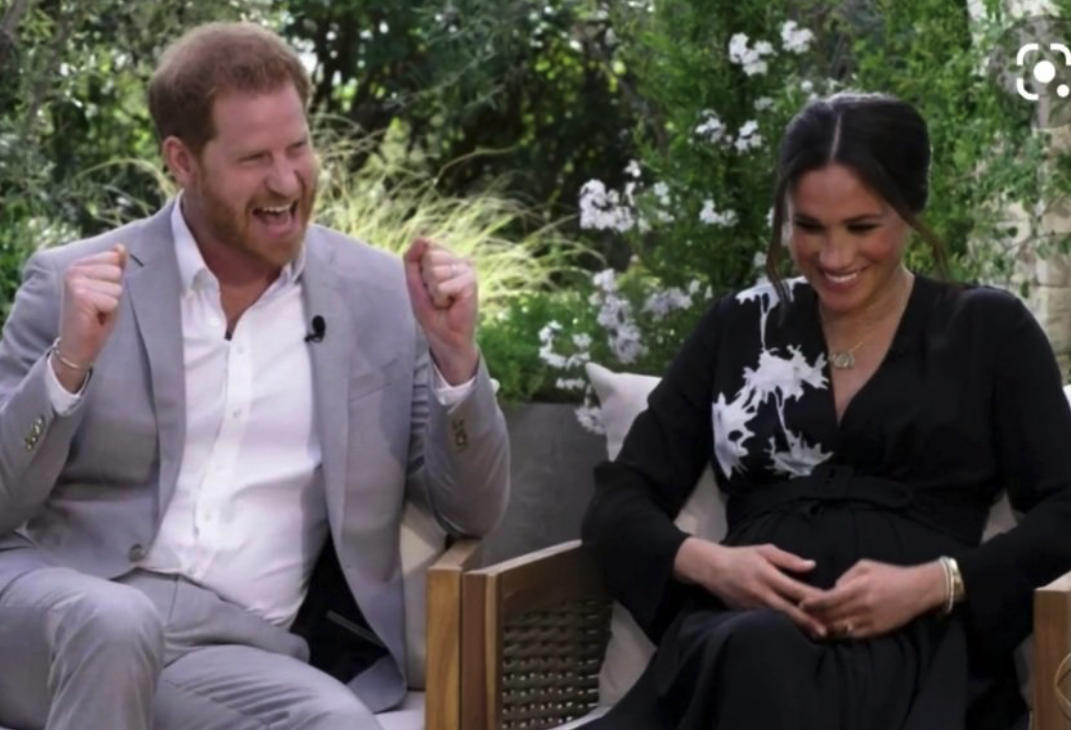 Meghan Markle is proving herself to be quite the royal fashionista in the same way that her late mother-in-law Princess Diana used to be and to a certain extent, still is. That’s because the Armani dress that she wore during her explosive bombshell of an interview with Oprah Winfrey in March of 2021 is making history and in a big way, too. Here’s what you need to know.

According to Meghan’s biographer Omid Scobie, Meghan’s Armani dress will be on display at the Fashion Museum in Bath. He took to his Twitter account to write, “Duchess Meghan’s @Armani dress from her Oprah interview is going on display at @Fashion_Museum Bath after being chosen as their 2021 #DressOfTheYear.”

“Duchess chose a dress with a lotus flower design because of the flower’s symbolic association with rebirth, self-regeneration and spiritual enlightenment, and its ability to flourish despite seemingly challenging conditions,” a statement reads.

Of course, it didn’t take long for Omid’s followers to react to the news. Many of them wrote, “That dress was the dress of 2021!!!! A moment in culture and we love it, we love Meghan,” along with, “Understandable it’s a gorgeous dress, The Duchess of Sussex Meghan Markle has impeccable taste.”

Another fan wrote, “A woman should not be defined by her Attire, but Vice Versa. Great to see the Fashion Museum acknowledgment. Beauty,Strength and Brains!”

So far Meghan herself has not made any comments about the matter but it’s without a doubt that she’s pleased to know that her Oprah interview is still making waves one year on. Filmed in Santa Barbara County, California, the interview came the year after Prince Harry and Meghan announced their decision to step down as working members of the British royal family in January 2020 but aired in March of that year. The interview included discussion of their courtship, wedding, mental health struggles including Meghan’s suicidal thoughts, and Harry’s relationship with his father Prince Charles and his brother, Prince William.

The Young and the Restless Spoilers: Ashland Is A Slippery Snake – Victoria Receives Deadly Bite?

Bernice Emanuel Oct 20, 2022
The Bold and The Beautiful

The Bold and the Beautiful Spoilers: Katie Logan Has No…

Days of Our Lives Spoilers: Xander Is Forced To Come Clean…