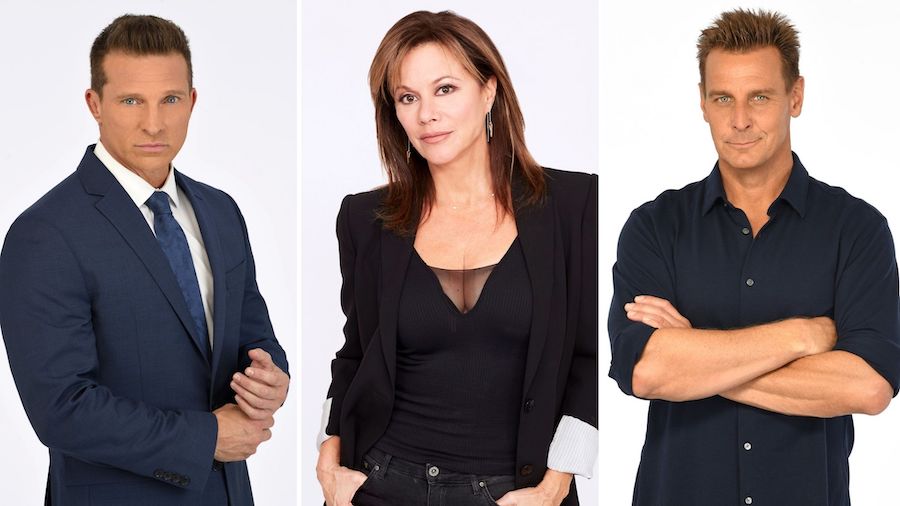 General Hospital star Nancy Lee Grahn (Alexis Davis) says what she means and means what she says. The daytime television actress has seemingly made it pretty clear that she’s much happier with her fully-vaccinated cast than she was when Ingo Rademacher (ex-Jasper Jack) and Steve Burton (ex-Jason Morgan) were on the show. Or at least, that’s what some fans believe after reading her latest holiday message on Twitter, in which she seems to take a jab at both actors. Here’s what you need to know.

As many fans know by now, both Ingo and Steve were let go from General Hospital after failing to comply with the ABC network’s vaccine mandate. Nancy, meanwhile, has been a very vocal advocate for vaccines. Nancy took to her Twitter account to write, “Using almost all my voice here as an activist 4 Democracy, I sometimes forget I’m an actor on this beautiful show @GeneralHospital that always has my voice of support. Grateful to the only Daytime Serial with a fully vaccinated cast & we ALL wish you #HappyHolidays & good health.”

When one of her Twitter followers write, “I apologise that you had to work with Ingo. I am so embarrassed that he is an Australian. We are a highly vaccinated country. And we don’t want him back,” Nancy replied with, “I would never hold you accountable.”

Earlier this month, Ingo filed a lawsuit against Disney-owned ABC for the network’s vaccine mandate. It’s been since reported that Ingo filed documents alleging he had requested a religious exemption, which he was denied. The actor also pointed out that the lockdowns and regulations set forth to help curb the spread of COVID-19 are the “most draconian restrictions in modern history.”

During an interview with Tucker Carlson, Ingo explained his anti-vaccine stance. “This is about basic human rights and the medical freedom to choose” – and said, “Taking this vaccine goes against everything I believe in and how I live my life.”

“Western medicine has its place, I think, but we try to avoid it as much as possible because it’s not preventative, so we use alternative medicines in the entire family,” the actor also added.

The Young and the Restless Star Courtney Hope Opens Up On…

Bernice Emanuel Jul 26, 2022
The Young and The Restless

The Bold and the Beautiful Spoilers: Sheila Has Words With…