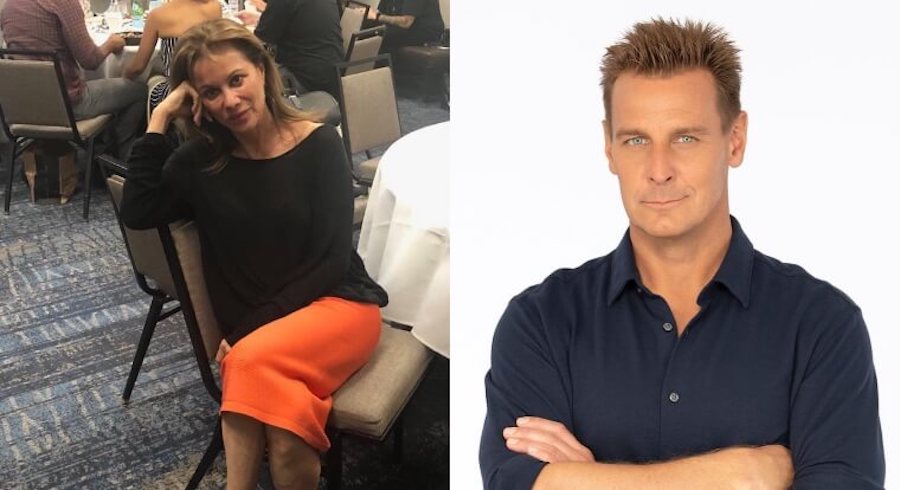 General Hospital star Nancy Lee Grahn (Alexis Davis) wants to keep the drama in front of the camera, and not behind it. And while it appears as though the actress certainly has a lot to say about everything – especially when it comes to her thoughts and musings on Twitter – she has remained uncharacteristically silent ever since the news broke out that her former co-star Ingo Rademacher (ex-Jasper Jacks) is suing the Disney-owned ABC network after he was fired from the soap for refusing to comply with their vaccine mandate. Here’s what you need to know.

It’s safe to say that Nancy and Ingo have not been on the best of terms lately. Ingo made it clear that he was disappointed to hear that Nancy had announced his departure from General Hospital prematurely and before he even got a chance to explain himself on social media. To make matters worse, she has been a vocal opponent against anyone that has refused to comply with the vaccine mandates across the country. Both Ingo and their former co-star Steve Burton (ex-Jason Morgan) have made it clear that they don’t have any intentions on getting the COVID-19 vaccines, which has ultimately led to their departures from the show.

A lot of fans and critics alike have noticed that while Nancy certainly has a lot to say about what is going within the political arena at any given time, she’s been rather quiet about Ingo’s lawsuit against her employer. When Ingo was fired from General Hospital, he pleaded his case to the company’s human resource department, according to reports. He is now arguing in his lawsuit that ABC religiously discriminated against him by denying him a religious exemption for the vaccine.

“I am entitled to a religious exemption against mandatory vaccination for COVID-19 on the basis of my deeply and sincerely held moral belief that my body is endowed by my creator with natural processes to protect me,” Rademacher wrote in an Oct. 11 email to Disney’s HR department.

Watch this space as we have a feeling that the drama will escalate both in Port Charles and on social media between the stars of the show, too.