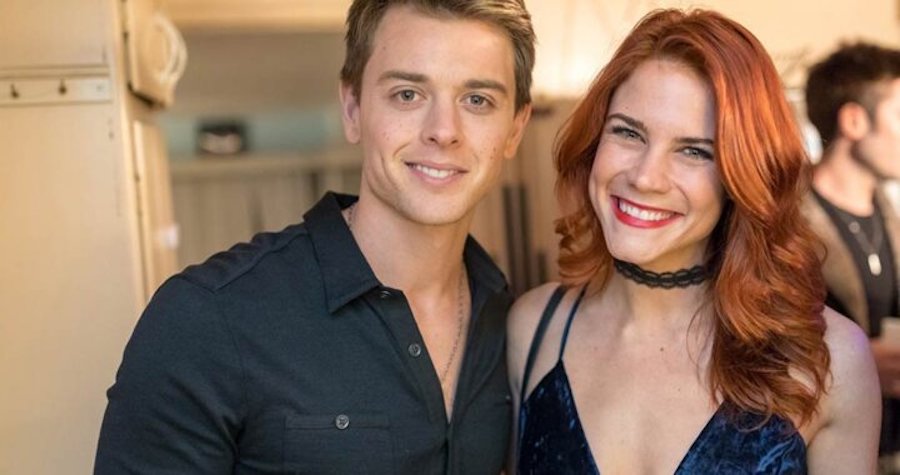 Much to the surprise of their fans, it appears as though The Young and the Restless star Courtney Hope (Sally Spectra) and her soon-to-be ex-husband General Hospital star Chad Duell (Michael Corinthos) have called it quits, both in their marriage and on social media, as they’ve scrapped any evidence of their marriage and their wedding on their accounts. The soap stars got married in an outdoor Malibu “Till Death Do Us Apart” reception but unfortunately, their union only lasted two months. Here’s what you need to know.

Courtney and Chad began dating back in 2016, but only got engaged on Valentine’s Day and after five years of dating. And while no one knows what happened behind closed doors for the couple, they’ve also made no indication that their marriage was in trouble.

In an interview with People Magazine back in February, Chad told the publication that he was “excited” to marry his best friend. He said, “It’s a whole new step and a lot of excitement for our future. I get to call her my wife! I’m excited for a lot: our future kids, new adventures, a new home and having my best friend to grow old with. It’s a blast to be getting to spend forever with my best friend.”

Courtney also opened up about how romantic Chad’s proposal was to her. She said,  “He read me the most beautiful poem, because I love poetry, and I started choking up. He then told me to close my eyes and turn the other way ’cause he had to ‘set something up.’ Then he comically fumbled behind me to distract me from what he was really doing — and when I turned around, he was on his knee!”

What’s Next For Courtney And Chad?

Both Courtney Hope and Chad Duell have not made any comments about their break up, but Soap Opera Digest was the first outlet to confirm their split. Here’s hoping that the two can continue to remain friends, despite the breakdown of their marriage. We wish them the best!

The Bold and the Beautiful Spoilers: Does Krista Allen (Taylor Hayes) Need A New Wig? Fans Sound Off