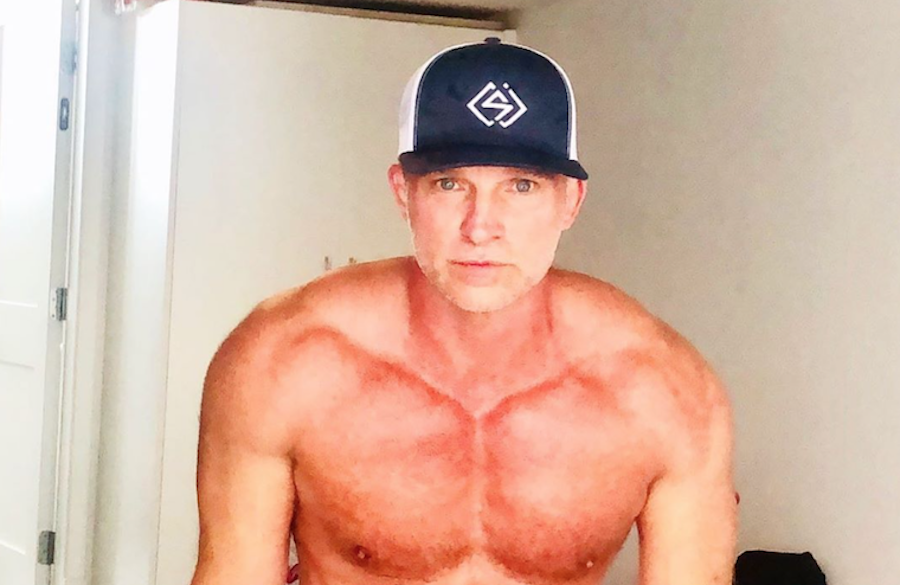 General Hospital news says that just because he’s not playing Jason Morgan, the character that helped make him a household name, that doesn’t mean he’s throwing in the towel for good. As a matter of fact, Steve Burton recently admitted that he has “several doors of opportunity open” for him, hinting that fans might be seeing him on the canvas sooner rather than later. Here’s what you need to know.

As many fans know by now, Steve was forced to walk away from the hit ABC soap after he refused to comply with the network’s vaccine mandate. He decided to address his departure from the show in a video that he posted on social media shortly after the announcement was made.

According to the latest edition of Soap Opera Digest, Steve began his video by saying that there were a lot of rumors swirling around about his status from the show and wanted to address them personally. He said, “Unfortunately, General Hospital has let me go because of the vaccine mandate. I did apply for my medical and religious exemptions and both of those were denied, which, you know, hurts. But this is about personal freedom to me.”

However, Steve went on to say that it’s not all gloom and doom as there’s a possibility that fans might see him on the canvas sooner rather than later. Steve said that while he will always be grateful for his time at General Hospital, he knows that new beginnings are ahead for him.

He continued, “I grew up with some of you, so I will always be grateful and I believe when one door closes, multiple doors open.”

If that weren’t enough, during his most recent podcast with Bradford Anderson, Steve did admit that some of those doors are opening for him, which has prompted a lot of fans to wonder if this means that he’ll be switching to a new soap soon. Watch this space as we have a feeling that this won’t be the last that we’ll hear from Steve Burton.

The Young and the Restless Spoilers: Chance’s Breakdown Crushes Abby – Will Couple Survive?

Days of our Lives Comings and Goings: A Priest Returns, Has the Devil Met His Match?

British Royal News: Critics Are Trying To Understand The…

The Young and the Restless Spoilers: Eric Braeden (Victor…