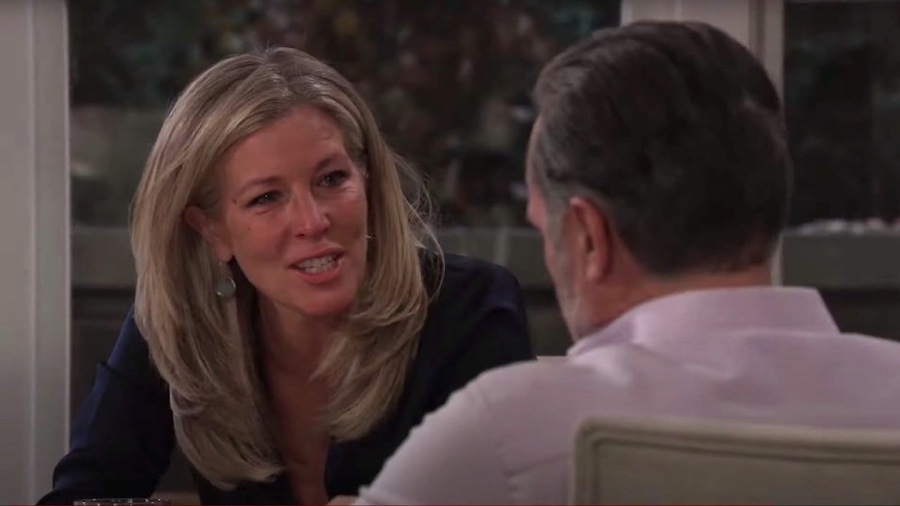 General Hospital spoilers say there’s a chance that fans might be seeing Jason Morgan back in Port Charles after all. That’s because Carly Corinthos (Laura Wright) is not giving up hope that Jason might still be out there and alive, suggesting to GH viewers that a recast might be in the works. As many fans know by now, actor Steve Burton was forced to leave the hit ABC soap after failing to comply with the network’s vaccine mandate. Here’s what you need to know.

GH spoilers tease that Carly was left absolutely heartbroken after having heard about what happened on Cassadine Island. After Britt Westbourne (Kelly Thiebaud) told her about how Jason was caught in a cave but that no body was recovered, she’s still refusing to give up hope. “That means Jason could still be alive,” she insists.

With that said, Sonny Corinthos (Maurice Benard) now has the task of not only giving Carly the support she needs, but perhaps even help her realize that her best friend might be gone forever. But Carly insists that Jason is still out there and that there’s no reason to think otherwise. Or, at least for now.

As far as whether or not the character of Jason Morgan will be recast remains to be seen, but so far the producers of General Hospital have been quiet about the matter. However, there has been some speculation that actor Trevor St. John might be replacing Steve Burton as the new Jason Morgan. There are even reports that suggest Trevor could be making his debut on the canvas as early as December.

Steve Burton, meanwhile, said in his weekly podcast with Bradford Anderson that he’s so far gotten a lot of opportunities and doors open to him for new and exciting projects, but hasn’t revealed any of the details about them just yet. Watch this space as we have a feeling that we will be seeing much more of Steve and his former alter-ego Jason Morgan soon enough! In the meantime, don’t forget that General Hospital airs weekdays on the ABC network. Check your local listings for times. Also, let us know what you think in our comments section below.

The Bold and the Beautiful News: Patrick Duffy And Linda…

British Royal News: The Royal Rota Is Upset That Excerpts Of…

Bernice Emanuel Jan 6, 2023
The Bold and The Beautiful

The Bold and the Beautiful Spoilers: Sheila Finds Out The…