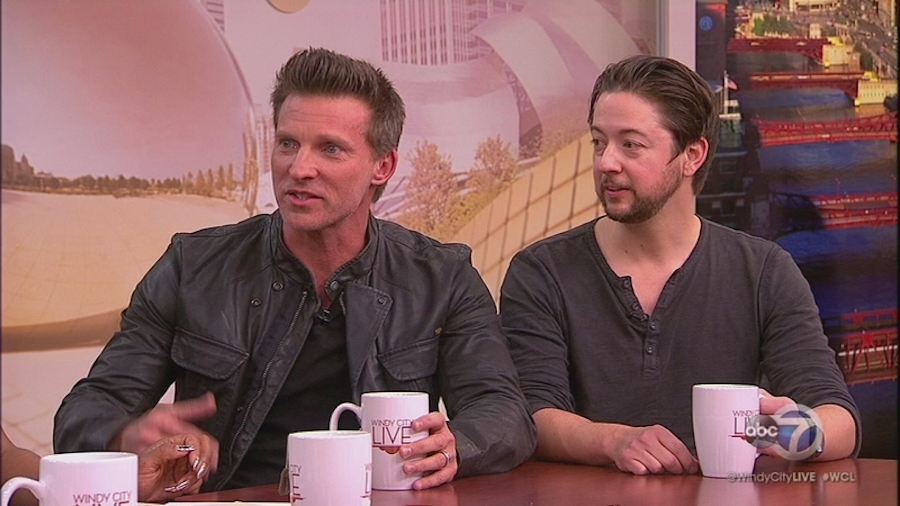 General Hospital news says that just because Steve Burton (Jason Morgan) is no longer on the show, that doesn’t mean he can’t entertain and mingle with his fans anymore. As a matter of fact, the actor, who was recently let go from the hit ABC soap because of his refusal to comply with the network’s vaccine mandate, will still be going on tour as part of his “The Stone Cold and Jackal” comedy skit with his friend and former co-star, Bradford Anderson (Spinelli). Here’s what you need to know.

According to the latest edition of Soap Opera Digest, Steve still plans on hitting the stage with Bradford for their “The Stone Cold and Jackal Tour” well into 2022. They already have a date scheduled for Friday, February 22, 2022 at Edmund Town Hall in Newton, CT. Fans will get to enjoy music and comedy from the duo, with VIP tickets including an autographed photo and post-show Q&A. There’s no doubt that it will be a fun show to watch.

Of course, Steve and Bradford aren’t the only two General Hospital stars that are hitting the road in 2022. There will be various stars available for the 4th annual General Hospital Convention from March 18-20th in los Angeles.

If that weren’t enough, General Hospital stars Marcus Coloma, Tristan Rogers, James Patrick Stuart, Donnell Turner, Johnny Wactor, Cynthia Watros, and Dominic Zamprogna are all scheduled to be front and center at the General Hospital Fantasy Event on Sunday, May 1, 2022. The event will take place at the Hyatt Regency Schaumburg in Chicago.

General Hospital News: Here’s Your Chance To See Your Favorite GH Stars In 2022

For details on these events and more information about how you can purchase tickets, check out Coastal Entertainment’s events section on their website. Now, as far as whether or not Steve Burton will be attending other General Hospital events remains to be seen, but it’s without a doubt that many fans can’t wait to see him on stage again, even if he’s not on the small screen anymore.

The Young and the Restless News: Here’s What Rory Gibson Really Thinks About His Y&R Co-Stars