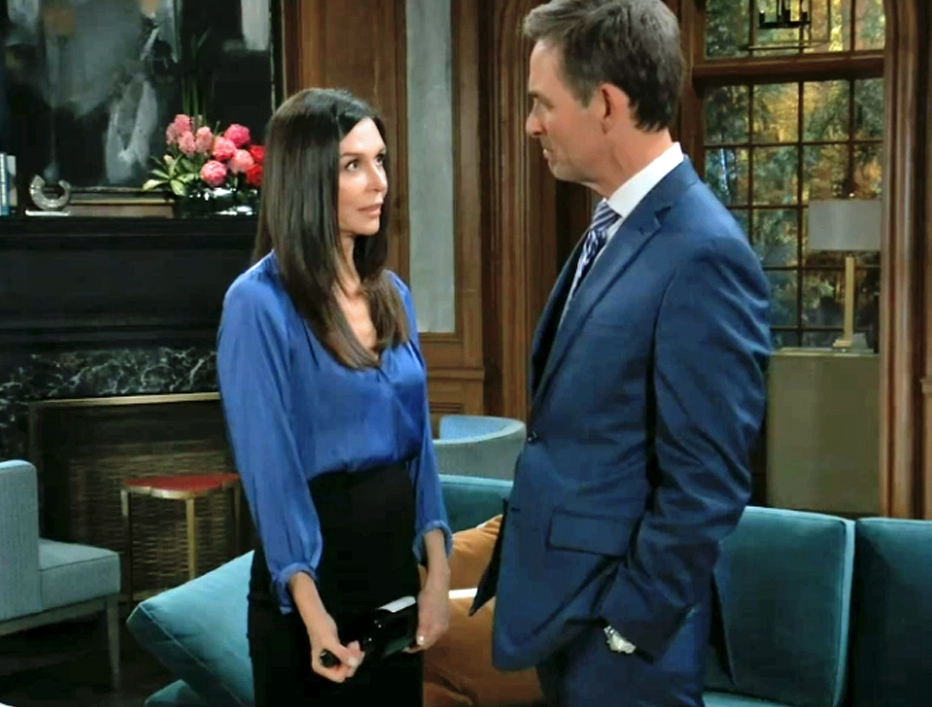 General Hospital spoilers says that she’s got a reason to dig deep. Anna enlists a new ally in her quest into finding out what Valentin may be hiding from her. Keep reading below for all of the spoilers you need to know.

Speaking to Soap Opera Digest, Finola Hughes, who plays Anna on the hit ABC soap, says that her character is very well aware that Valentin is hiding something from her and that she’s determined to get to the bottom of it, sooner rather than later. She put it this way in a new interview, “I definitely wanted to give the implication that I was not sure about everything that’s going on with him; even though it’s not necessarily there in the words, I just wanted to give Anna some intelligence around it, really.”

That said, General Hospital spoilers say that Felicia will encourage Anna to trust her gut where Valentin is concerned, even if that means she has to investigate the man who is courting her. With all the history that is between them, you’d think that the two would have managed to built some trust between them by now, right?

Finola continued, “Felicia is a suspicious devil’s advocate. When you have a very special friend, somebody that you really trust, implicity double down on something that you might be slightly suspicious of in your core, but you haven’t acknowledged it yet, and they say, ‘You might want to take a look at that,’ it’s almost like your external ego telling you to do it. It’s like you get permission, so you give yourself permission to go all in. Something you just need that extra push.”

That said, it will sure be interesting to find out what  the results of Anna’s investigation will turn into! Watch this space. ​​Of course, General Hospital fans will have to tune in each and every day to find out what’s next for all of their favorite characters! Until then, let us know what you think by leaving us a line with your thoughts in our comments section below. General Hospital airs weekdays on the ABC network. Check your local listings for times.

The Bold and the Beautiful Spoilers: Finn Takes Logan Side…