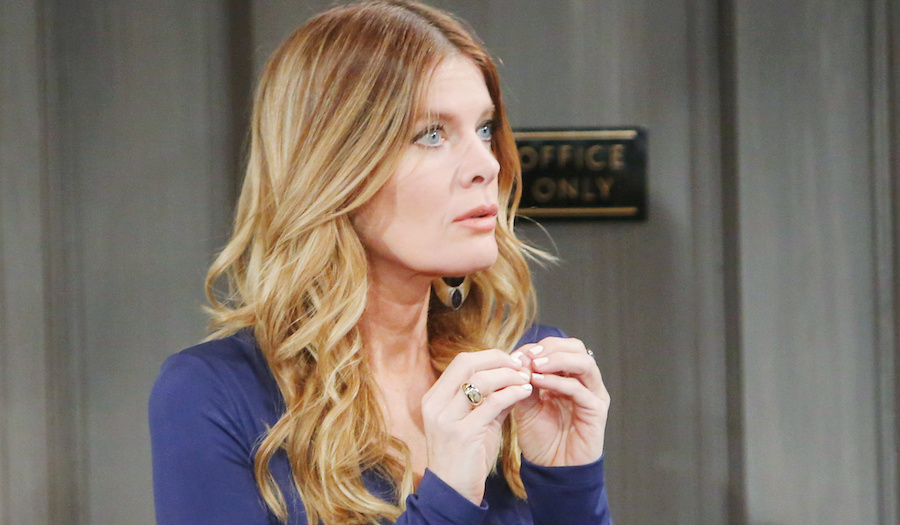 The Young and the Restless news says that Michelle Stafford might not be like her on-screen alter ego Phyllis Summers, especially when it comes to her conniving ways, but at the same time, she does feel like she shares some of the same qualities with her. As a matter of fact, Michelle says that when it comes to the characters on the show, she’s most like Phyllis and the least like Abby Newman (played by Melissa Ordway). Here’s why.

Speaking to Soap Opera Digest in a new interview, Michelle says one of the reasons why she relates to Phyllis so much is because they are both the life of the party, both on screen and off screen. The daytime television beauty puts it this way, “I would say I’m most like Phyllis because we look alike and she’s a good time. I don’t really drive, but I would drink at a bar with Phyllis.”

Now, as far as why she doesn’t relate to Abby, it’s because Michelle says she’s someone “who’s so worried about outer appearances and has rich girl problems.”

Jason Thompson (Billy Abbott), meanwhile, says that he relates the most to Nick Newman, who is played by his co-star Joshua Morrow. “I would say I’m most like Nick because he’s a good person and doesn’t get too involved in other people’s problems. He stands up for what’s right and he’s not afraid to mix it up if he needs to,” Jason explained.

The Young and the Restless News: Jason Thompson Doesn’t Relate To Ashland At All

But then again, if there’s someone Jason doesn’t relate to at all, it’s his character’s current nemesis, Ashland Locke (Richard Burgi). “I’m definitely not anything like Ashland,” he says, adding, “I feel I don’t personally have a problem with owning up to mistakes that I’ve made and I just don’t have any darkness in my past.”

With that said, fans will simply have to continue tuning in to see what’s next for both Michelle and Jason’s characters, Phyllis and Billy, to see what’s next for them! In the meantime, let us know what you think in our comments section below. The Young and the Restless airs weekdays on the CBS network. Check your local listings for times.

British Royal News: The Royal Rota Is Calling Harry And…