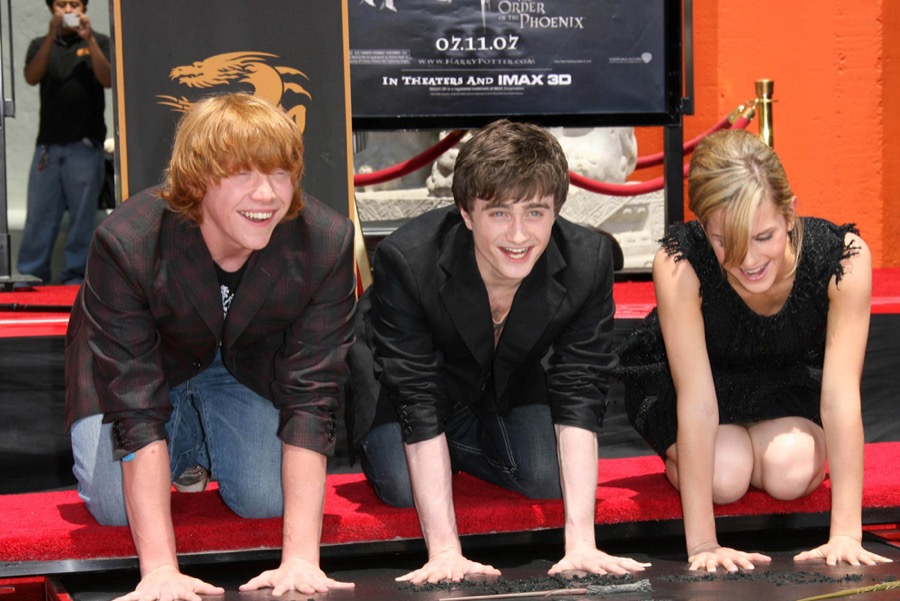 Harry Potter spoilers and updates tease that three of its lead stars, Daniel Radcliffe, Emma Watson, and Rupert Grint, will come together once again for the 20th anniversary special of their eight-part film series on HBO Max.

Other original cast members will also make an appearance but J.K. Rowling won’t be a part of the project. The popular author faced backlash after she made comments that some people viewed as transphobic.

WarnerMedia made the announcement on Tuesday. Filmmaker Chris Columbus will also return for the special film titled, Harry Potter 20th Anniversary: Return to Hogwarts. The movie will celebrate the all-time favorite film franchise as it celebrates its 20th year following the premiere of its first movie, Harry Potter and the Sorcerer’s Stone.

The special will feature behind the scenes as they filmed the movies as well as conversations and interviews with cast members.

As per HBO Max, the feature film will “tell an enchanting making-of story through all-new, in-depth interviews and cast conversations.”

Although J.K. Rowlings won’t appear in the movie special, she will still be featured in the archival footage.

Tom Ascheim, president of the Warner Bros. Global Kids, Young Adults, and Classic division, said the series has touched so many lives and said they were “magical to say the least.”

“This retrospective is a tribute to everyone whose lives were touched by this cultural phenomenon—from the talented cast and crew who poured their heart and soul into this extraordinary film franchise to the passionate fans who continue to keep the Wizarding World spirit alive 20 years later,” he said.

The movie is expected to premiere on HBO Max at midnight on New Year’s Day, January 1. A teaser of the reunion special will be dropped during the premiere of Harry Potter: Hogwarts Tournament of Houses on November 28 on TBS and Cartoon Network.

The upcoming special movie, which is executive produced by Casey Patterson of Casey Paterson Entertainment, will also debut on WarnerMedia’s TBS and Cartoon Network in spring 2022 before the theatrical debut of “Fantastic Beasts: The Secrets of Dumbledore.”

Be sure to catch up on everything happening with Harry Potter right now. Come back here often for Movie spoilers, news, and updates.