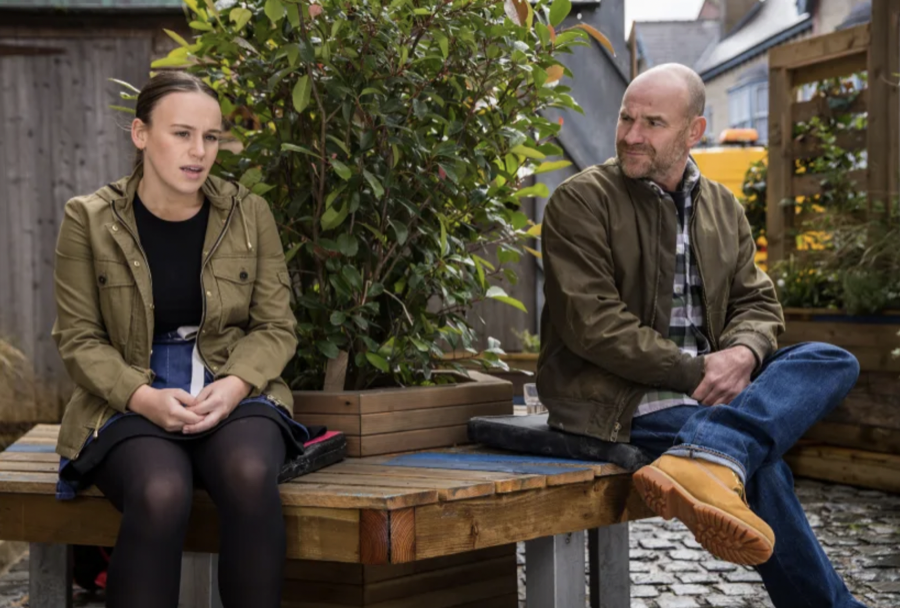 Coronation Street spoilers have revealed newly released Faye Windass will experience another challenge when she runs down an old man after staying in prison for three long years.

Faye (Ellie Leach) was sentenced to jail after she mistakenly attacked Adam Barlow (Sam Robertson) instead of Ray Crosby (Mark Frost) who attempted to rape her. After surrendering herself to the police, she was fated to stay in prison for three years.

She seems to have finally tasted freedom in her hand when Faye spends time with Emma Brooker (Alexandra Mardell) in the car. The bride-to-be gives Faye driving lessons when the latter tries to adjust and start fresh with her life on the cobbles.

Another unfortunate event will happen in the middle of the road when Faye gets distracted and hits an old man who will be played by the veteran comedian, Duggie Brown.

Will the old man be severely injured by the accident? Will this incident lead Faye back to prison again?

This will also be another storyline for Emma, who recently announced her romantic engagement with her fiancé, Curtis Delamere. The two girls decide to keep the incident a secret. Will they remain tight-lipped about it? Knowing her struggles inside the prison, will Emma cover Faye’s terrible mistake?

The longest-running drama in the world still has a lot of intense scenes in store for the upcoming episodes of the soap. Sue Devaney, who plays Debbie Webster, expressed her idea upon the return of Faye Windass in the Street.

“I think she wants to give Faye a job again and help her back to normal and I think she thinks she is doing the right thing,” Devaney said during her recent interview with Metro.co.uk.

Sue also mentioned that her character cares for Faye, even if she doesn’t entirely show it. Debbie always makes sure that Faye is in good condition, for she feels partly responsible for the young woman.

“Coronation Street” recently teased its viewers about the upcoming episodes this yuletide season. The ITV preview read: “Affairs of the heart, faces from the past, secrets and family dramas look set to brighten up the dark winter nights for “Corrie” fans.’

After all the phenomenal episodes of 2021, fans are looking forward to brighter scenes this coming 2022 but “Coronation Street” is always ready to give some more intense scenes, something that the viewers will look forward to.

The Bold And The Beautiful (B&B) Spoilers: Sheila Maximizes Jack’s Pain To Her Advantage

General Hospital News: Steve Burton Shares An Update On What…