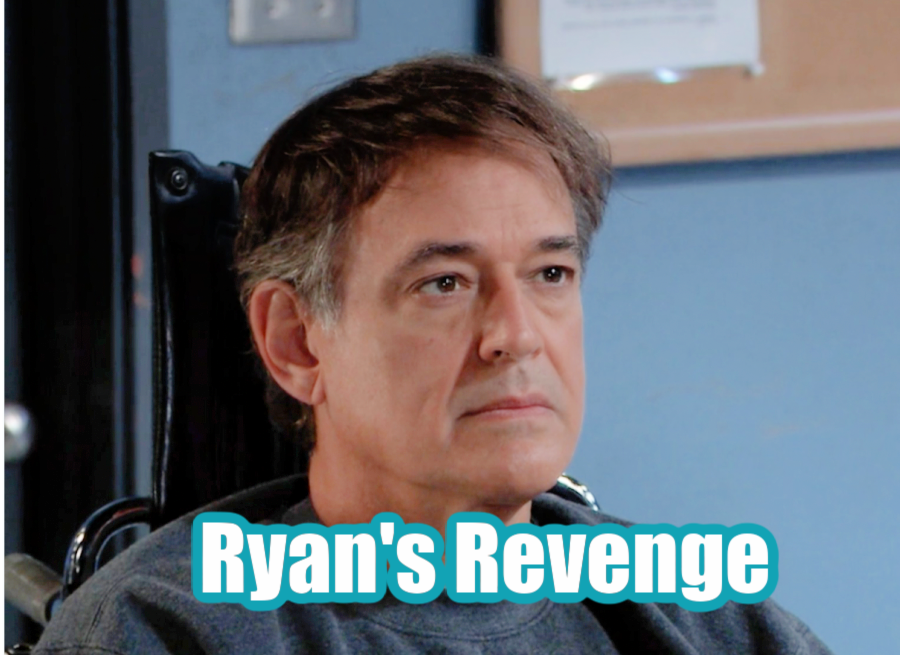 General Hospital (GH) spoilers for the next two weeks shows all kinds of drama und stress taking place in Port Charles, New York, so let’s not waste a single second to start dishing all the dirt that’s fit to print!

Undead mustache twirler Peter August (Wes Ramsey) tries to force Liesl Obrecht (Kathleen Gati) to brainwash Maxie Jones (Kirsten Storms) but will she do it? Her daughter Britt Westbourne (Kelly Thiebaud) and Jason Morgan (Steve Burton) are looking for her, will it be too late?

Later Peter wants Drew Cain (Cameron Mathison) to do his bidding, will he have more luck with him?

Meanwhile Maxie and Brook Lynn Quartermaine (Amanda Setton) have their hands full with a blackmailing Gladys Corbin (Bonnie Burroughs). Along the way they must manage Austin Gatlin Holt (Roger Howarth), too—is he friend or foe?

Will Harmony Miller (Inga Cadranel) and Alexis Davis (Nancy Lee Grahn) bond over their crazy ways or will crafty Nikolas Cassadine (Marcus Coloma) come between them? He’s hiding something but his son Spencer Cassadine (Nicholas Chavez) calls him out!

Spring Ridge is way busy as Esme Prince (Avery Kristen Pohl) is now an intern there. Look for the vixen to bug Josslyn Jacks (Eden McCoy) big time by trying to get to Cameron Webber (William Lipton)—meow!

Elsewhere we learn that “Marshall” (Robert Gossett) is the name of the mystery man spying around town, and Trina Robinson (Sydney Mikayla) is his next target. Curtis Ashford (Donnell Turner) is fed up with the guy and sets a trap—will he bite or bite back?

Meanwhile the following week Sonny Corinthos (Maurice Benard) has a surprise for Phyllis Caulfield (Joyce Guy). In turn will she try to play matchmaker for him and Nina Reeves (Cynthia Watros)?

Back to Curtis, there is a crisis at The Savoy does it involve Marshall?

Elsewhere nurse Elizabeth Baldwin (Rebecca Herbst) gets a big surprise—is it a trick or a treat? It could be a pleasant surprise from Hamilton Finn (Michael Easton) but it could be a trick having to do with her dad Jeff Webber.

Maxie is back in action grilling Sam McCall (Kelly Monaco) about her intentions toward Dante Falconeri (Dominic Zamprogna) and it looks like Josslyn and Cameron could get intimate!

Gladys is on the edge of spilling to Valentin Cassadine (James Patrick Stuart) that “Bailey Quartermaine” (Harper and Scarlett Bloom) is not who he thinks she is, but Austin could interfere as could another possible male spoiler.