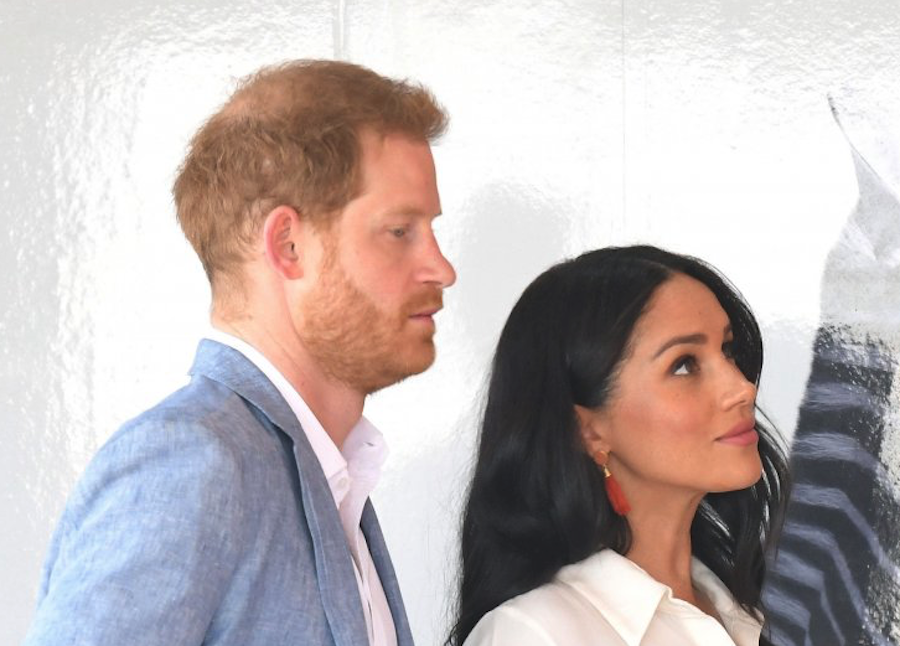 British Royal News says that they are neither British nor Royal if they aren’t living in Britain and contributing to the royal family on a regular basis, right? Well, that’s what one royal expert believes as Prince Harry and Meghan Markle are supposedly “burning out their royal status” and will eventually be forced to give up their royal titles. Here’s what you need to know.

According to Tom Bower, who just released the book ‘Revenge,’ he believes that the Duke and Duchess of Sussex might soon lose their titles if they don’t act fast. In other words, he believes that they haven’t been doing anything worthwhile or with any substance lately, and that it might be a problem for them in the long run. He said, “They’re burning out their royal status pretty fast now. They are constantly searching for new things to do. But it always comes back to the royals.”

Not only that, but Bower also added that Harry and Meghan are doing themselves no favors by allowing Netflix to film their everyday lives, which is something that has never crossed the mind of any other royal. Should Harry and Meghan dish details about what happened behind the scenes at Queen Elizabeth’s Platinum Jubilee last June, it will cause yet another ruckus behind the scenes at Buckingham Palace. He added: “I think they’ll in the end have to give that up because it won’t wash well.”

That said, both Prince Harry and Meghan Markle have not made any comments about the criticism although at this point, it’s doubtful that anything will be said. The Sussexes have so far managed to hold on to their titles while Queen Elizabeth has made no indication that she plans on stripping them from it anytime soon. It seems like the royal rota and all of the royal experts out there would gladly do it for the queen on their end, right? Watch this space as we have a feeling that there is so much more to come.

The Young and the Restless Comings And Goings: Fans React To Trevor St. John Casting

The Young and the Restless Spoilers: Billy Risks His Sweet…

Days of Our Lives Spoilers: Fans Speak Out About Ben And…

Bernice Emanuel Jul 5, 2022
The Young and The Restless