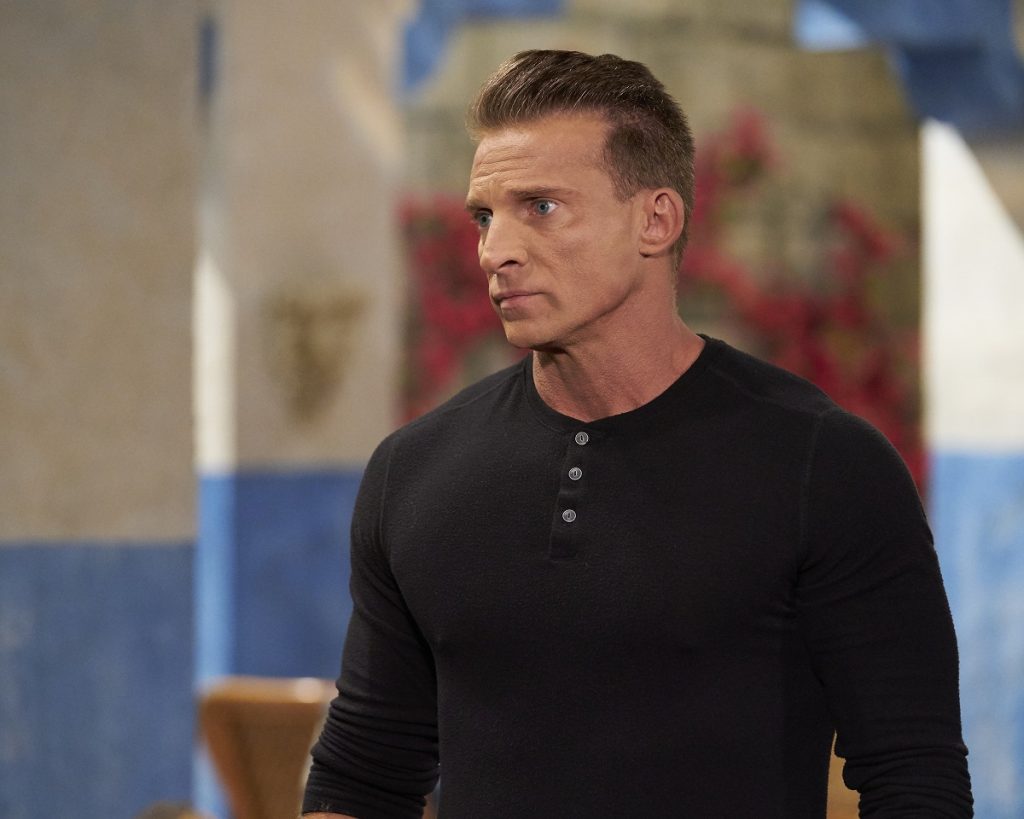 Days of Our Lives spoilers say that while a lot of fans are used to seeing him play the good guy, it looks like they’ll now have to get used to seeing him play the bad guy. In fact, Steve Burton, who was once best known for his role as Jason Morgan on General Hospital, recently admitted that his new character on Beyond Salem is going to be stirring up some major trouble. Keep reading below for all the spoilers you need to know.

As many fans know by now, Steve is reprising his role as Harris Michaels in Beyond Salem, which also happens to be the very first soap role he’s ever had in his career. When asked by Deadline how he would describe his character today, Steve said, “He’s not operating on a code of ethics that is great. [Co-executive producer] Albert [Alarr] was like, ‘Do you care about being a bad guy?’ I said, ‘No, man. Whatever. I can play anything.’ I don’t know how much I can say but he does some not nice things in this chapter. There may be some redemption.”

Steve was also asked if there’s a possibility that Harris might become a full-time character on Days of Our Lives. He said, “I don’t know. You really have to ask [head writer] Ron Carlivati and Albert. From what I gather, Peacock’s happy with this, NBC’s happy with this. But if the opportunity’s there, sure. I never say never. You know, for a while, daytime was kind of in the dumps. Until streaming came along, daytime was hanging by a string. Then NBC goes, ‘Hey, we have a great brand here. Let’s let’s do a spinoff.’ Now there is such great energy in the building. They just have this energy like, ‘Hey, we’re doing something cool.’ I had a blast and got to see a bunch of old friends that I haven’t seen for a while ‘cuz obviously the daytime community’s small and we only see each other at award events.”

Days of Our Lives Spoilers: What’s Next For Steve?

That said, we have a feeling that his fans are going to be very excited to see him back on the canvas. The last time that Steve was on the small screen was back in November 2021, when he said good-bye to his role as Jason Morgan on General Hospital.