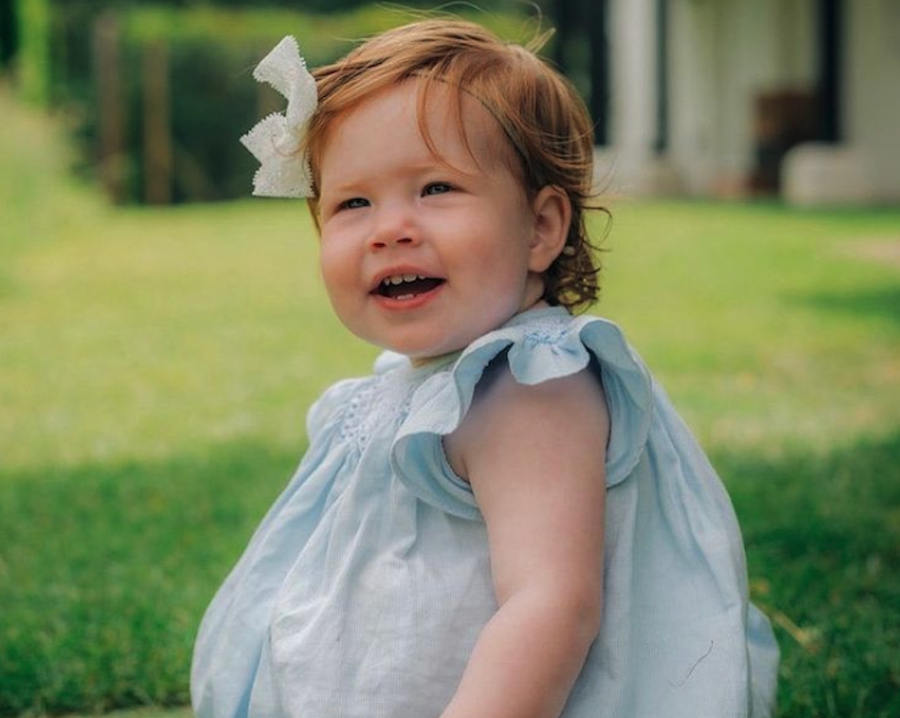 There is no denying that she definitely takes after her father! Prince Harry and Meghan Markle celebrated their daughter Lilibet’s first birthday with a low-key party at Frogmore Cottage this past weekend. The royal couple also released the tot’s photo on Instagram, much to the delight of royal fans everywhere. Here’s what you need to know.

According to reports, Queen Elizabeth was at the party but requested not to have her photo released. However, the couple “remain incredibly touched by the countless birthday wishes for their daughter, Lilibet Diana Mountbatten-Windsor,” a spokesperson for them said, adding that they were “amazed to learn” that donations in her honor for the World Central Kitchen (WCK) amounted to more than $100,000.

“WCK is first on the frontlines, providing meals in response to humanitarian, climate and community crisis. They build resilient food systems with locally led solutions. Most recently, they provided support in Uvalde, TX and Ukraine,” according to the spokesperson, who said that the organization is “especially near to their hearts.”

In the photo, Lilibet can be seen sitting on a patch of grass near her family’s UK home while wearing a blue dress. She also has a white headband on and with her blue eyes and red hair, clearly looks just like her father, Prince Harry.

It’s also been noted that Prince William, Kate Middleton and their three children were not at the party as they were at the royal engagement for the Platinum Jubilee in Wales instead. It’s also not known if Prince George, Princess Charlotte and Prince Louis even got to meet their cousins from across the pond while Harry and Meghan were still in the UK.

“Close family friend and guest, Misan Harriman, who attended Lilibet’s special day with his wife and children, took the candid, spontaneous photograph that The Duke and Duchess are pleased to share today,” added.

As many royal fans probably already know, Lilibet is named after her great grandmother, Queen Elizabeth. In fact, Lilibet is the queen’s nickname.

Prince Harry Refuses To Say If He Misses Prince Charles And…

Bernice Emanuel Dec 7, 2021
The Young and The Restless

The Young and the Restless Spoilers: Week of November 1…