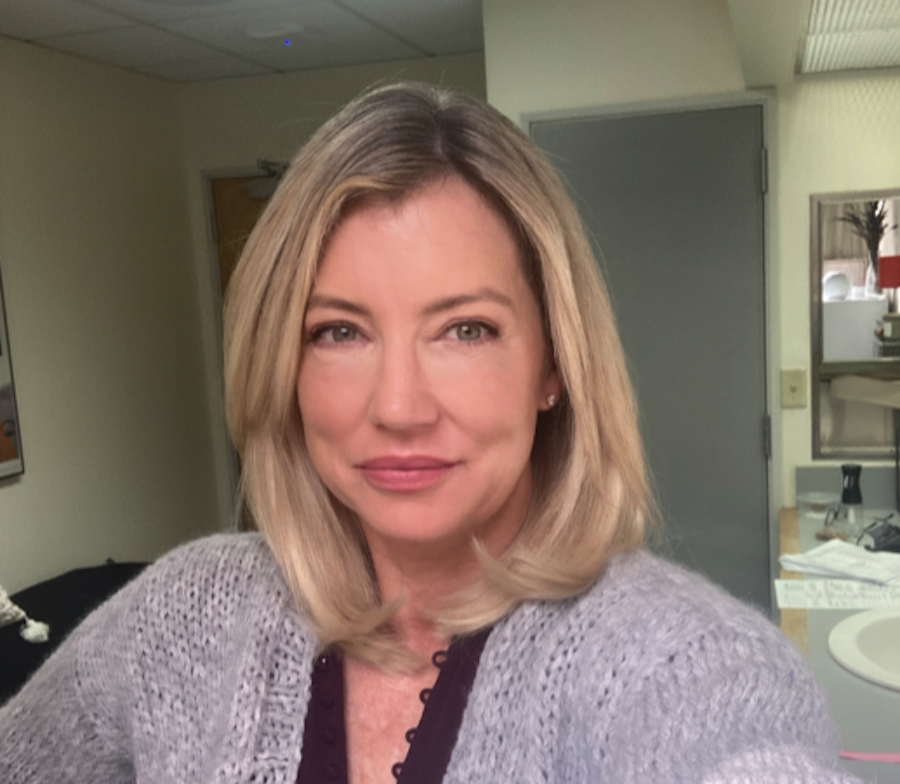 General Hospital news says that regardless of whether or not you love her or hate her, there’s no denying that Nina Reeves is one of the most riveting characters in Port Charles now. And the same can certainly be said about her portrayer, Cynthia Watros. The actress recently opened up to Soap Opera Digest about her long career and extensive experience in the soap opera world, which includes her time on both General Hospital and The Young and the Restless. Here’s what she has to say.

When asked who her most influential mentor has been over the years, Cynthia said, “Kim Zimmer [ex-Reva, GL]. She was a pro. I was schooled in theater and coming from this theater school into daytime, and she knew how to work the camera and she taught me how to work with the company. She was loving, and an amazing person, but she was also tough. She was my biggest teacher on that show, definitely.”

Cynthia also said that when she first joined General Hospital, the person who gave her the warmest welcome was her co-star and her current best friend, James Patrick Stuart. She recalled, “Before I started, he sent me flowers with a note that said something like, ‘We love you already.’ I took over Michelle’s [Stafford, ex-Nina; Phyllis, Y&R] dressing room, and you know how when you hang up pictures and stuff you leave little holes in the wall? He came in and, like, spackled my dressing room for me. How sweet is that? Either that or he has a lot of free time [laughs].”

Cynthia also opened up about her most outlandish storyline.  “Oh, boy, it could be so many! But I think when Annie was carrying the baby that she knew had already passed and she made it look like Reva pushed her down the stairs when really I pushed myself backward down the stairs,” she said.

The Young and the Restless Spoilers: Peter Bergman Opens Up About Jack Abbott’s Family Ties And Drama